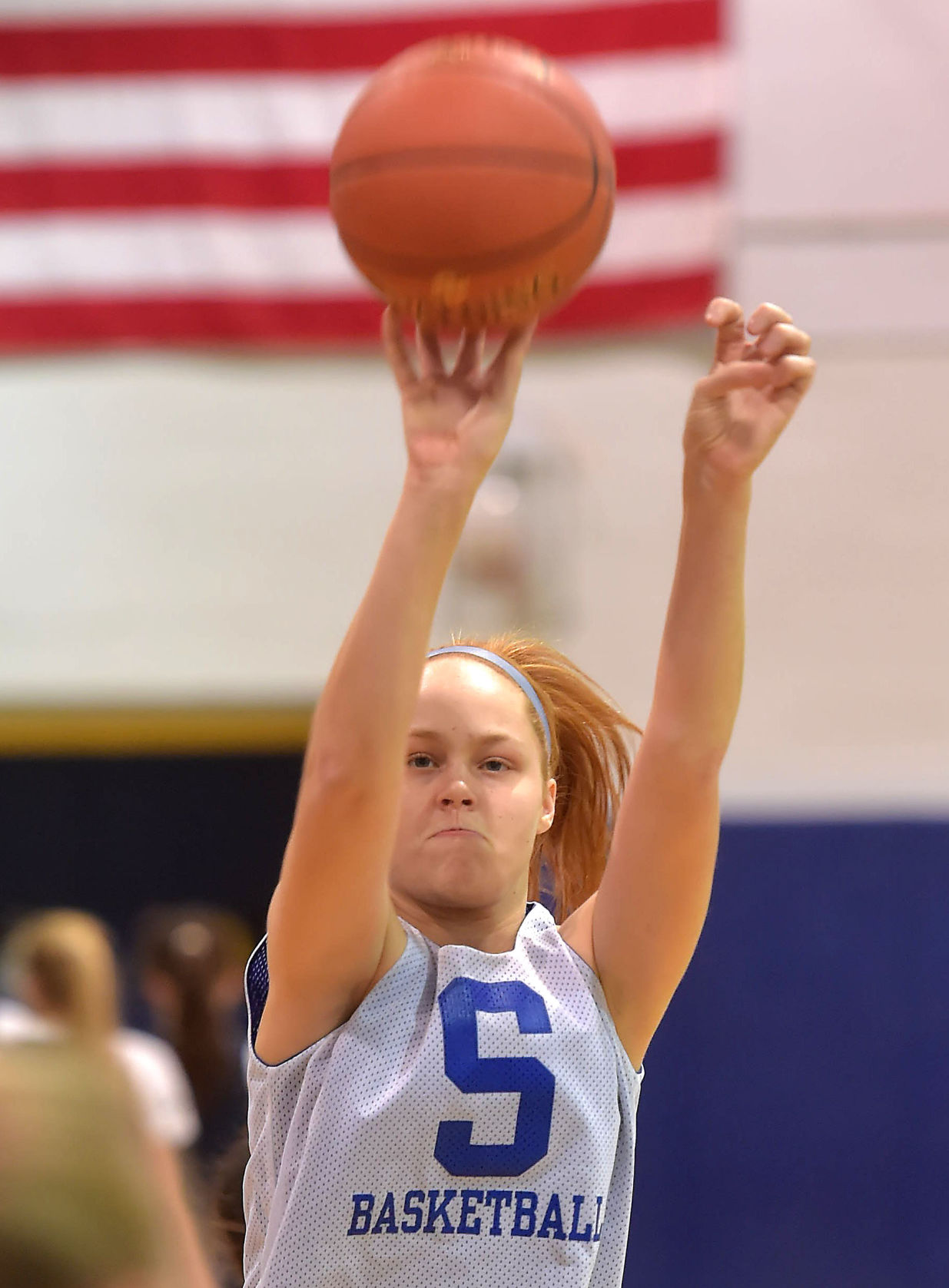 SPRINGFIELD — Top-seeded Springfield’s 47-29 victory over No. 9 West Chester East in a PIAA District 1 Class 5A girls basketball second-round district playoff game in the Cougars’ Blue Gym could have been cause for much joy Friday night.

The host team qualified for the PIAA tournament , which will begin in two weeks. The Cougars completed the 2018-19 season undefeated at home.

As a reward for Friday’s win, the players were given a day off by coach Ky McNichol.

On the other hand, as the members of the team posed for pictures there were thoughts that the eight varsity players who will return when practice for the 2019-20 season begins in November will be playing in the school’s Gold Gym elsewhere on campus. The Blue Gym will remain open until the school year concludes, but will not host another game and eventually will fall to the wrecking ball to make way for the new Springfield High School.

“I know we’re looking forward to the new gym, but when you think about Springfield basketball, this has always been home,” said sophomore Alexa Abbonizio, who paced the Cougars with 13 points and chipped in with three steals and a pair of assists.

Jordan D’Ambrosio, the school’s career leading scorer among female players, and Belle Mastropietro, who also went over the 1,000th point this season, are the team’s only senior players.

“We’ve done so well here,” said Mastropietro, who collected seven points, four rebounds, four steals, and three assists. “We were undefeated here in two of our four seasons playing in this gym.”

D’Ambrosio, who picked up her 1,000th point in the Blue Gym — Mastropietro’s came in a game at Harriton — scored eight points and made three steals in her last home game.

“It seems like just another day,” she said. “But it is sad thinking that this gym won’t be here anymore.”

Springfield (22-2) took control early Friday night, rolling to an 11-3 lead after the opening period with its defensive effort, which forced East (15-9) into nine turnovers in the first eight minutes.

“Jordan and Alyssa Long (nine points and three steals) can force teams into turnovers,” McNichol said. “And Belle is there where you want her to be. Defensive intensity has been one of this team’s strengths throughout the year. It’s special knowing that they won the last game on this floor. And now we’ve got to get ready for a (district) semifinal game Tuesday night.”

That game will be next Tuesday at Harriton High School against 12th-seeded Mount St. Joseph, which took down No. 4 Radnor.

“We lost to them last year,” Mastropietro said. “We’re going to want to be ready when we play them again.”

The Cougars will need the kind of defensive effort that produced 20 East turnovers and 8-for-26 shooting from the floor by the young Vikings squad.

“Pressure off the ball is so important,” D’Ambrosio said.

Sophomore Lauren Klieber (10 points), senior Marissa McDonald (eight points and two steals), and 10th grader Mary Grace Kerns (four assists) were the statistical leaders for East, which will compete in the playback round Tuesday as it tries to become one of the district’s six Class 5A squads to qualify for the state tournament.

“I’m proud of them,” Vikings head coach Erin Listrani said. “It was a good experience going up against a team like Springfield that has the playoff experience they do.

“Our girls have been very resilient all season. They’re already talking about our next practice and getting back into it again. And I was happy to see that in them.”

At Springfield, the Cougars know they will see their gym only for practice while this season plays out before they finally will have to say “thanks for the memories.”