All goes to plan for Abington against CB West 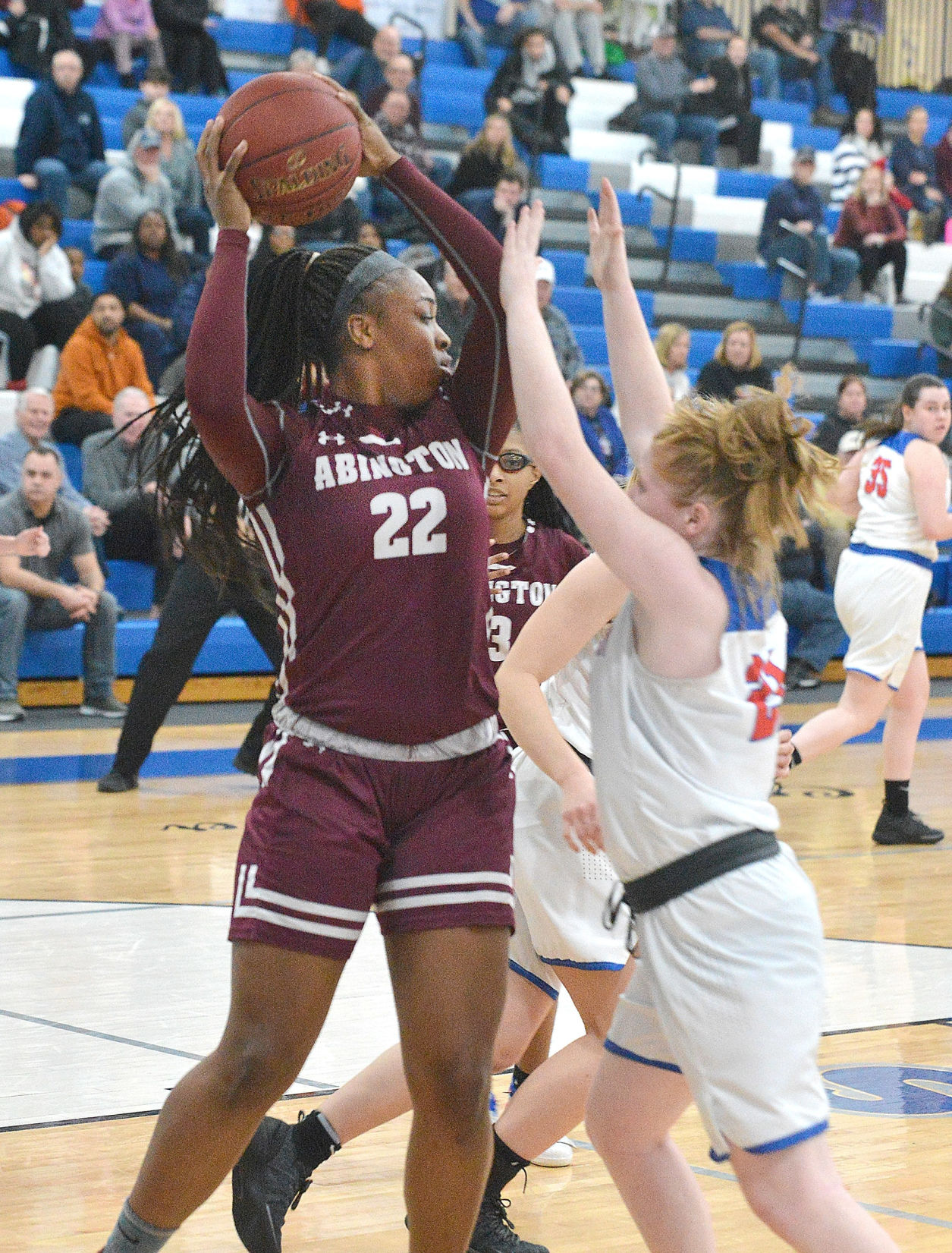 Abington got out in front, played with a lead the entire way, stayed disciplined on defense and answered everything CB West had for it. The No.3 Ghosts knew the No. 14 Bucks were better than their seeding but Abington also knew it was playing its best basketball.

All went to plan and the Ghosts came out with a 62-50 win in their PIAA District 1 Class 6A second round playoff game, sending Abington to the quarterfinals and clinching a state playoff spot.

“We knew how important it was for us to come out strong,” Ghosts coach Dan Marsh said. “Listen, that’s not a (14) seed, we know how good they are. It’s a good basketball team and we had to play good basketball to beat them.”

The Ghosts stuck to their plan defensively in the first half and it made an impact right away. Abington zipped out to a 6-0 lead, with the third bucket caused off a turnover immediately following the second.

Abington’s three-point shooting wasn’t clicking in the first quarter until Miranda Liebtag finally connected on the team’s seventh try. Another turnover led to an Abington runout, with Khalis Whiting finding Cam Lexow for a 15-9 lead at the end of one.

“Cam sets that tone for us,” Marsh said. “I don’t know why people keep underestimating and throwing those type of passes around that kid but they do and she tips them and starts everything for us.”

West never got too far behind, but also couldn’t make up any ground. For every shot CB West hit, the Ghosts came right back with some sort of answer. At one point, the teams traded three makes in 22 seconds and all it did was keep Abington up six.

The slow start wasn’t typical of West’s style. After shredding Upper Darby with their passing in the first round, the Bucks couldn’t settle in early and had seven of their 17 turnovers in the first quarter.

“I think our kids were overwhelmed by the moment, the energy in the gym was a little too much for some of our kids,” West coach Terry Rakowsky said. “We had 17 turnovers, you can’t do that against a bad team, let alone a good team.”

Rakowsky pointed to his team’s inability to string together a stop and a big shot as a main reason the Bucks couldn’t get the lead below five or six points. On the occasions where the Bucks got a stop, they couldn’t get the shot on the other end or when they got a score, the Ghosts came right back with an answer.

Abington was at its best offensive in transition, with Whiting dishing out nine assists and Brown often taking the ball up the floor herself. Brown was a presence all game and led Abignton with 20 points and 10 rebounds.

She had nine points in the third quarter alone and if the senior didn’t get a rebound, Rakowsky noted she cleared space for a teammate to collect it.

“The key for us was boxing out and getting back in transition defense,” Brown, a Rhode Island recruit said. “They have a lot of people who can shoot, they have a lot of threats and they can really push the ball offensively, so if all five of us crash the boards, we’re amazing at rebounding.”

Abington stretched its lead to double-digits in the second half and continued to maintain that advantage down the stretch.

Marsh credited senior Miranda Liebtag for her defense on West’s Maddie Burke. Burke got cooking late in the game but Liebtag kept her quiet enough for three quarters the Ghosts could stick to their plan.

West will play No. 11 Owen J Roberts in the first round of the playback bracket, needing a win to extend its season.

Abington will host No. 6 Souderton in the quarterfinals this weekend. The teams met in the regular season with the Indians winning a back-and-forth shootout.

“We made a statement tonight,” Marsh said. “We’re playing good basketball right now and hopefully we can continue it. But we definitely had to come out strong and set the tone.”