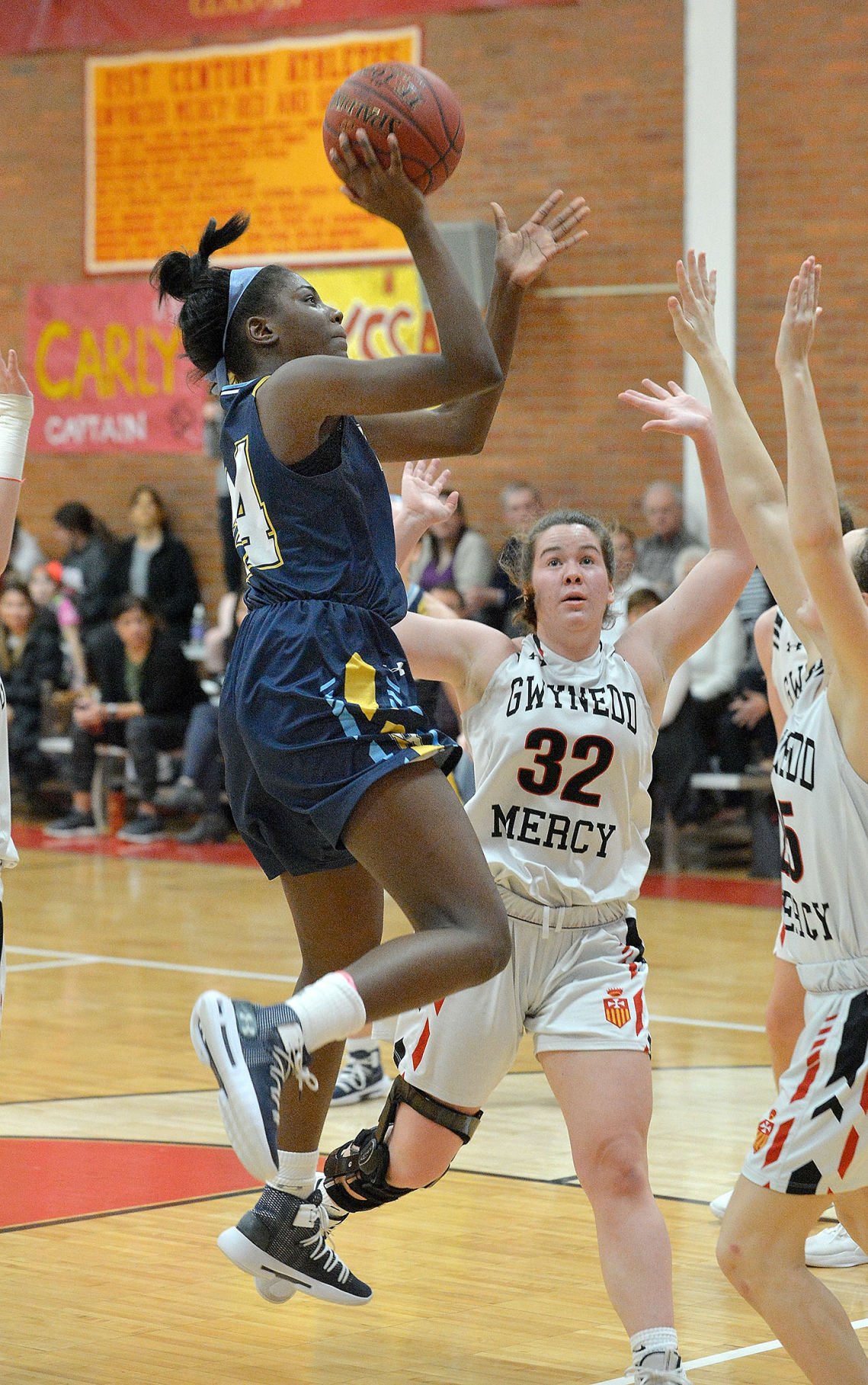 The Monarchs were able to overcome it.

What they couldn’t overcome, however, were more slow starts to the second and third quarters.

St. Basil turned a tie game after the first quarter into an 11-point lead at the half and a 22-point lead after three quarters before closing out a 58-43 AACA win at Gwynedd Mercy Academy.

“With this group they’re just very focused,” Basil coach Terry Mancini said. “Their goal was to finish 13-0 in our league and they weren’t going to take this team lightly even though we play them Saturday in our league playoffs. It’s just a testament to them being ready to play in a situation like this.”

The Panthers jumped out to a 10-0 lead in the first four minutes of the game.

Gwynedd was able to rally back and tie the game at 12 thanks to a pair of Bianca Coleman three-pointers before ending the first quarter locked, 14-14.

The second started just like the first. The Panthers (22-0, 13-0 league) scored the first eight points to take a 22-12 lead, only this time the Monarchs never battled back.

Sam White hit two three-pointers in the second for St. Basil and Casey Remolde added five in the frame — all while the Panthers defense held the Monarchs to four points — to help take a 29-18 lead into intermission.

“We buckled down more on defense,” Mancini said of the second quarter. “I told them before the game it’s an unusual situation because you’re playing them again Saturday where you’re probably going to be even more amped up than we were today. You just have to focus and go out and play defense. I thought second and third quarters we were outstanding defensively.”

St. Basil came out firing again in the third quarter. The defending AACA champs opened with a 13-2 run after halftime to build the lead to 22, 42-20, and subbed out most of the starting lineup.

“Today I think what hurt us was coming out really slow in the beginning of both halves,” Gwynedd coach Tom Lonergan said. “That’s what we basically talked about at the end — that’s something we need to make sure we do a better job of getting ourselves ready to begin the game — which hasn’t been too much of a problem for us. We’ve definitely had problems coming out to start the second half.”

The league rivals played even for the rest of the third, finishing with the Panthers ahead by 22, 52-30.

Gwynedd (13-8, 7-6) made some noise in the fourth quarter, getting the deficit near single digits, but never truly threatened to make a full comeback. The St. Basil starters returned halfway through the fourth with a 52-38 lead and did enough to close out their perfect regular season with a 58-43 win.

Remolde led the Panthers with 15 points, Carter added 14 and Shannon Remolde had 10.

These teams will meet again Saturday in the AACA semifinals, with St. Basil as the No. 1 seed and Gwynedd as the No. 4. GMA ends its regular season hosting Souderton 5:15 p.m. Tuesday.

“We put some points on the board today,” Lonergan said. “If you take away the 10-0 run to start the first half and take away the 8-0 run to start the (second quarter), we’re there for 24, 25 minutes. It’s getting us to make sure that we come out of the halves playing 32 minutes. If we outplayed them for 25 minutes, all we have to do is make it 32.”