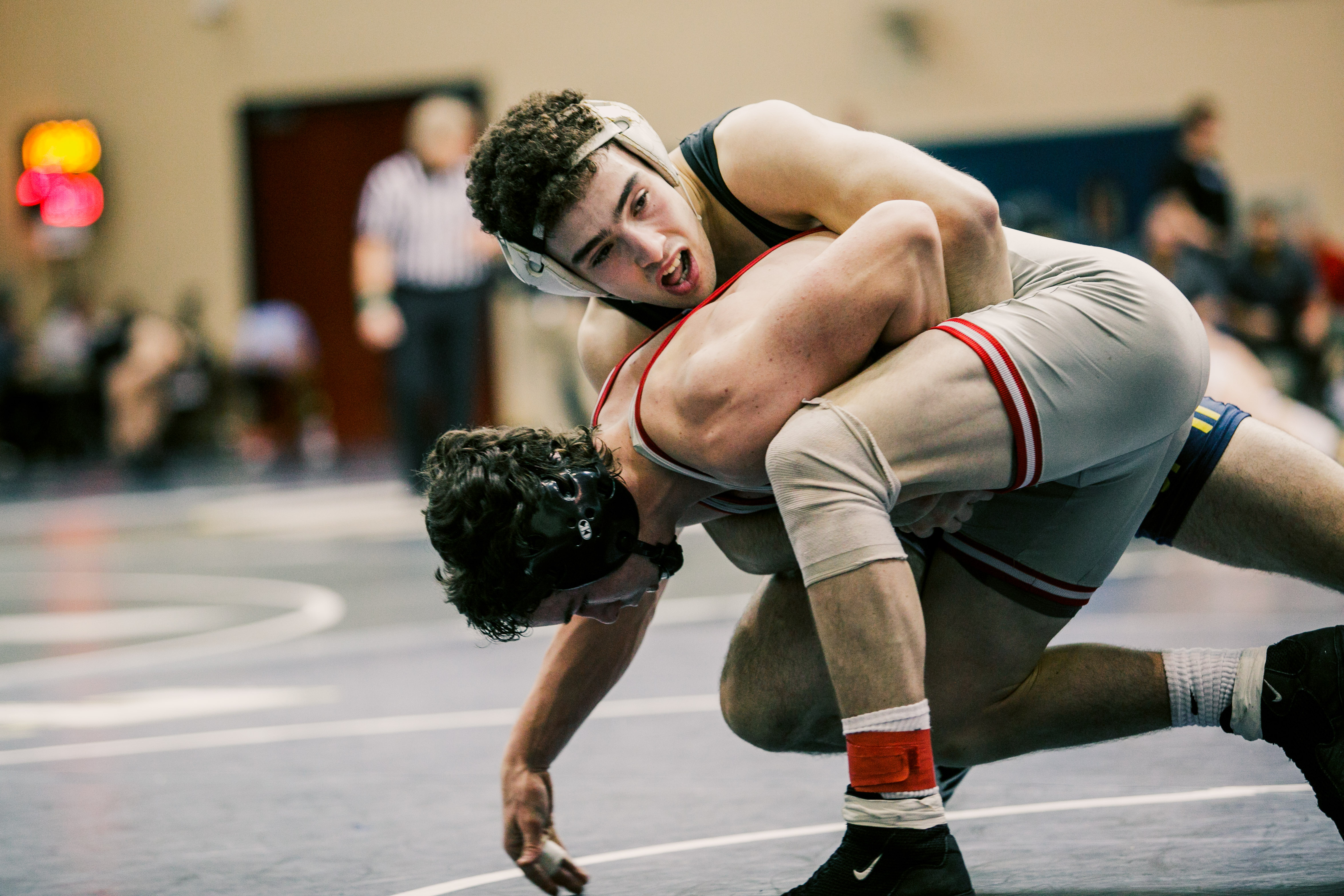 HOLLAND >> There were many interested eyes around District 1 fixed on the 152-pound semifinal bout between Pope John Paul II’s Ryan Vulakh and Owen J. Roberts’s Dan Mancini, but for Vulakh, his pupils remained focused on the big picture.

Vulakh, the No. 2 ranked 152-pounder in the country according to flowrestling.org, was workmanlike, Sunday, winning two close bouts at the Escape the Rock tournament at Council Rock South to keep his historic season going.

“I’m just pressing forward,” said Vulakh, who defeated Mancini, 3-2. “Obviously this stuff is nice and maybe in the future I’ll look back, but this is all for the end of the season. I’m just trying to get better and looking forward to the challenge of becoming more solid every day.”

In the finals, Vulakh saw Bethlehem Catholic’s Cole Handlovic in a rematch of the Beast of the East final. Just like the first time, Vulakh controlled the match and won, 3-1.

Vulakh is now 23-0 on the season with titles at the Beast of the East, Powerade and Escape the Rock tournaments, evoking memories of another great that PJP coach Tom Hontz coached in his Upper Perkiomen days.

“I was fortunate to coach (two-time state champ) Zack Kemmerer and he won Ironman and Beast of the East and that was pretty amazing,” Hontz said. “(Escape the Rock) wasn’t on our schedule, but after he won Powerade and Beast I asked (Vulakh), ‘if I can get us in, do you want to go?’ He said ‘absolutely.’ … This year is very comparable (to Kemmerer’s) in regards to competition. We’re focused on the goal with the final part being a state championship.”

Against Mancini, Vulakh scored a takedown in the first period but gave up a reversal and went into the second tied, 2-2. There, Vulakh escaped and in the third he was able to ride out Mancini for the win in their first high school matchup.

“Every match is fun to me,” Vulakh said of his bout with Mancini. “We’ve practiced together and stuff and it was a nice experience, but I saw it as just another match.”

The two will be sharing a state at the collegiate level, as well, with Vulakh committed to George mason and Mancini heading to Virginia Tech. But with PJP in Class AA and OJR in 3A this year, the two top-ranked wrestlers in their respective classes (according to papowerwrestling.com), but won’t see each other in the postseason.

“Ever since the seeds came out I was looking forward to wrestling him,” Mancini said. “Wrestling one of the top kids in the country is always fun.”

The impact of the loss was evident in Mancini’s consolation semifinal bout against Paulsboro’s George Worthy, who used an 11-6 win to bounce Mancini. Despite his disappointment, Mancini rallied and defeated Northampton’s Michael Kistler, 6-1, for fifth.

“It was kind of meaningless to me,” Mancini said of the fifth-place bout. “I knew I wouldn’t be benefiting myself or showing all the work I put in if I gave up and lost the match so I just grinded it out.”

The only other Wildcat to make a trip to the podium was Antonio Petrucelli (145 pounds). After reaching the semifinals, Petrucelli lost to the eventual champ, Ryan Anderson of Bethlehem Catholic, 13-2. The junior dropped a pair of decisions in the consis and settled for sixth.

Boyertown’s Jacob Miller (195) pinned Files in the consi semis to set himself up with a fourth-place finish after an 8-0 setback to Delbarton’s Luke Chakonis.

Miller was seeded third after taking eighth in last year’s tournament, as well as qualifying to the PIAA tournament.

“I go out every match and try to score as many points as possible,” Miller said. “I don’t care who’s seeded, I just wrestle who’s in front of me.”

Miller embodied the state of Boyertown’s current squad, which has dealt with injuries. With a mask protecting his face and a minor limp to his step, Miller persevered to move within nine wins of 100 for his career.

“That’s just part of wrestling,” Miller said. “You have to deal with wrestling with bumps and bruises and you just have to fight through them.”