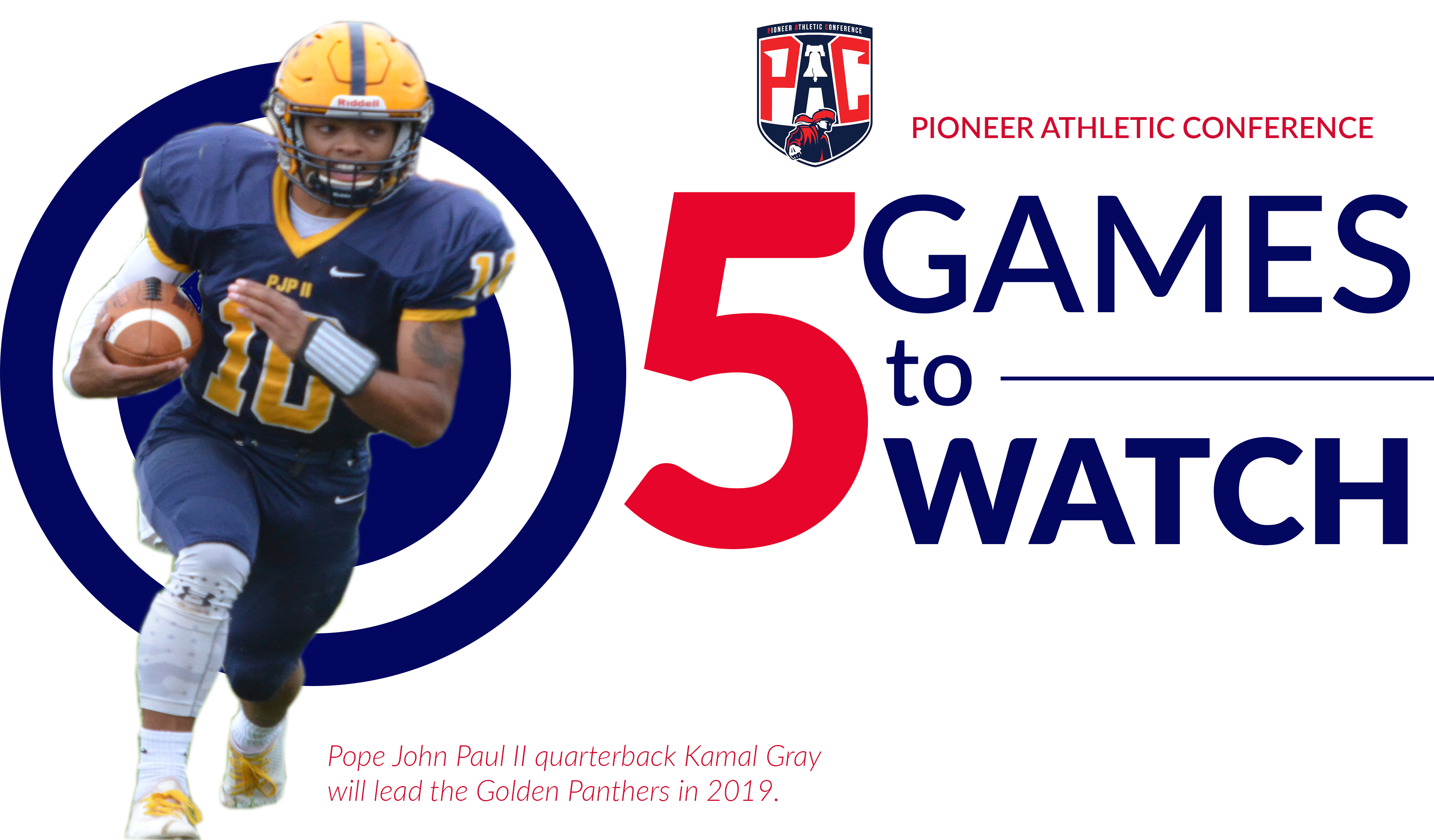 It’s been years in the making, but parity is starting to form in the Pioneer Athletic Conference. The 2019 season offers a high level of intriguing matchups as Pope John Paul II and Upper Merion look to knock off Pottsgrove from the Frontier Division throne, while Spring-Ford looks to get back to being among the conference elite. Every week offers a varying degree of interest, but here’s five games that will likely have a major impact on the conference landscape. Kamal Gray and Pope John Paul II will look to get the season started right as they take on New Hope-Solebury in a rematch of the District 1/12 Class 3A semifinals. (File Photo)

It’s tough to pick a more intriguing matchup than Week 2’s contest between two of the District 1/12 Class 3A semifinalists. The two split last season’s head-to-head matchups, the Golden Panthers taking the first tilt in Week 2 before NHS overcame  21-point deficit to shock PJP in the district playoffs. A budding rivalry is forming, so each contest between these two will always be high-stakes. Can’t beat that.

The allure of this matchup started with Spring-Ford head coach Chad Brubaker coaching against a team he served as an assistant for. Good stuff. That’s starting to wane, especially after three-straight losses to the District-3 foe. A win against the Bulldogs is the elixir the Rams need to build a strong 2019 campaign. A few seasons ago and this isn’t mentioned. But what Rory Graver has built at PJP is worth mentioning. Year after year the gap between these two teams is growing smaller and if the Golden Panthers are going to reach the summit of the PAC Frontier, the Falcons definitely deliver a test. Supremacy may be at stake. None of the past three games have been close. Spring-Ford responded after dropping its worst loss in recent memory to the Wildcats in 2017 (33-0) with a 30-7 victory last season. District playoff seeding will most likely be at stake between these two so a win will be paramount for both teams late in the year. Perkiomen Valley’s Jon Moccia (4) is tackled from behind by a Spring-Ford defender. (MJ McConney – File Photo)

Honestly, what’s left to say? The de facto Liberty Division championship the past three seasons has always lived up the hype. The Rams and Vikings don’t like each other very much, and rightfully so. The rivalry has reached new heights the past five years, each game played at capacity crowds with an atmosphere that can’t be replicated anywhere else, for any game, in the league. If these two teams continue to stay at their peak this season, this one will be special.