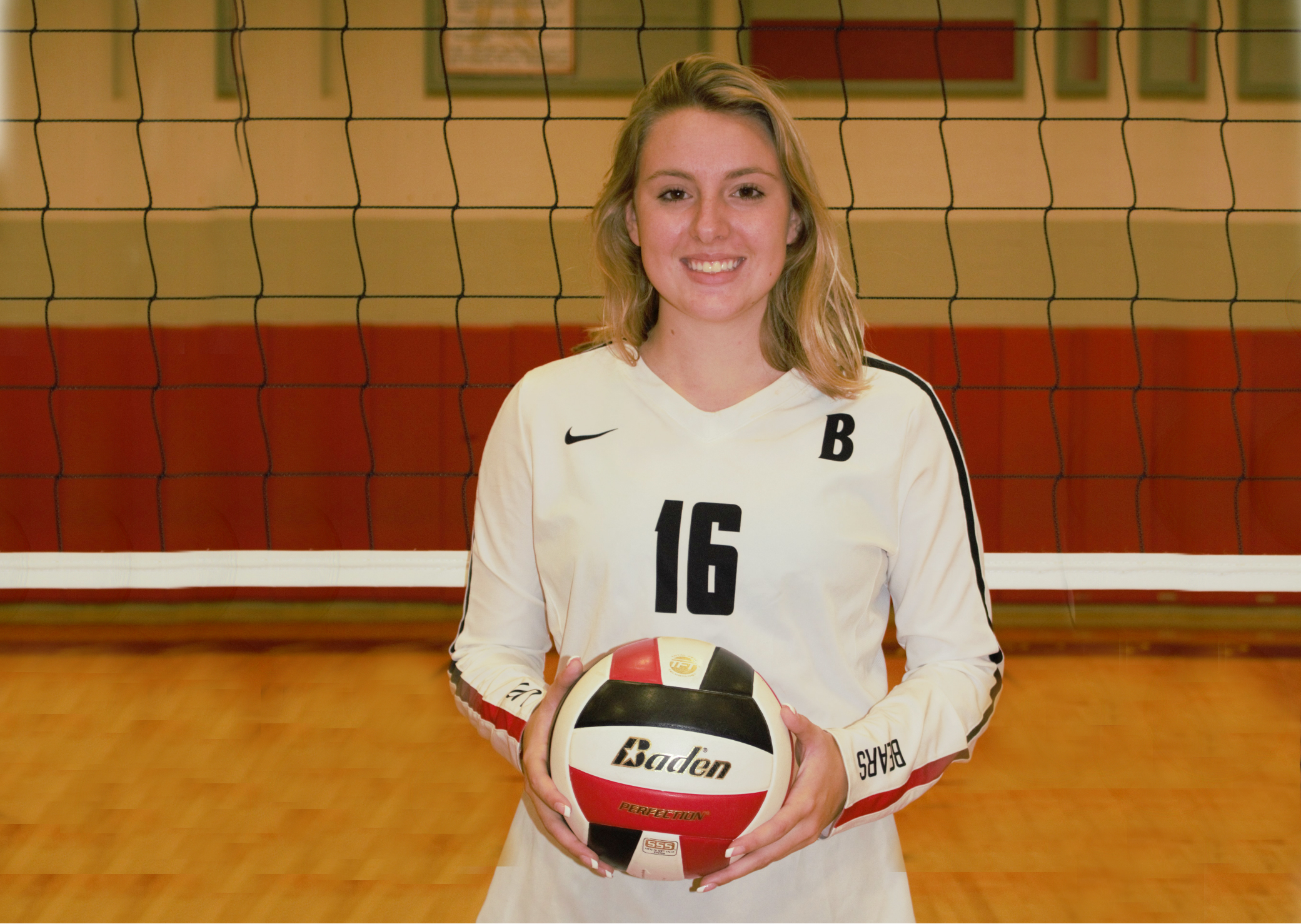 The Boyertown girls volleyball program was out to prove something in 2018.

“We wanted to win every set, every game we were in this season,” said Taylor Jones, the Bears’ senior captain and outside hitter. “A lot of people thought we were a joke last season because we were brand new.

“Proving them all wrong was our driving force.”

With Jones in the driver’s seat, the Bears did just that in 2018.

In only their second season since being introduced as an official varsity program, Boyertown put together a remarkable run this past fall, earning the Lady Bears their first ever trip to both the Pioneer Athletic Conference and District 1-4A playoffs.

“That was our goal for the season — to reach the PAC and district playoffs,” said Jones. “I don’t think there were many people outside of Boyertown who expected us to go that far. But we knew we could get there and we did it.”

For her leadership on the court and her ability to take the Lady Bears to places they’d never been before, Jones has been named the Mercury’s 2018 All-Area Girls Volleyball Player of the Year.

“It’s an honor,” said Jones, the program’s first to be selected Player of the Year. “There are so many good players and so many good teams around this area. It’s such an honor considering we’re such a young program while most of the other girls around here have been playing varsity all four years.”

A girls varsity volleyball team had been nearly 20 years in the making at Boyertown High School before it was finally approved two years ago. Prior to that, the Lady Bears competed as a club team where they played scrimmages — both inter-squad and around the area — while trying to generate more interest in the program.

In their first year competing in the PAC, the Lady Bears finished with 2-6 record in the Liberty Division (9-11 overall). They were beat in straight sets in six of those losses including a straight-set decision against Spring-Ford in their inaugural varsity match.

“We’ve definitely come a long way in the last two years,” said Jones, who started playing volleyball when she was in sixth grade at Boyertown. “Early on, teams definitely looked at us this season and thought it would be an easy win, especially coming off of last season. But we came out and showed that we’re serious, we’re here to compete.”

That showed right from the start in 2018.

Boyertown opened up the 2018 slate with a five-set win over Perkiomen Valley, a result that catapulted the Lady Bears to an 8-2 record through the first three weeks of the season. For the year, Boyertown finished 18-5 overall (7-1 in the PAC’s Liberty Division) with impressive wins over perennial league power Pope John Paul II to go along with victories against battle-tested programs like Spring-Ford and Perkiomen Valley along the way.

The Lady Bears posted 11 straight-set victories on the year, including a run of three consecutive during the final stretch of the regular season.

Newcomers to the postseason, though, Boyertown was ousted in straight sets during their first games of both the PAC and district playoffs.

“I think we just got into our own heads,” said Jones of the postseason. “We were nervous. We didn’t play a particularly good game either night, and we definitely didn’t play as well as we normally had all season.”

That said, Jones was quick to note that the journey to the postseason carried plenty more weight than the final results themselves.

“We knew we could get there and we proved that to everyone,” she said. “Now the younger girls have the experience. Hopefully they can make it back in to the playoffs and win it.”

Eager for the moment but nervous for the big stage, Boyertown’s promising season had come to a close perhaps earlier than the Lady Bears themselves had anticipated. But their success certainly raised some eyebrows around the area this fall.

Although her experience playing varsity-level volleyball at Boyertown was short lived, Jones vows to carry the memories of the 2018 season with her even when she’s not with the program next fall.

“For me it’s sad that I’m gonna have to leave it all behind, especially knowing that I got to play only two years on an actual high school team,” she said.

“But I treasure the memories I made with these girls. I’ve had such a great time. I know this program will continue to grow and get stronger.”

While they won’t be able to catch anyone off guard the way they did in 2018, the Boyertown girls volleyball team will certainly still have plenty to prove next fall, even with fewer doubters around.