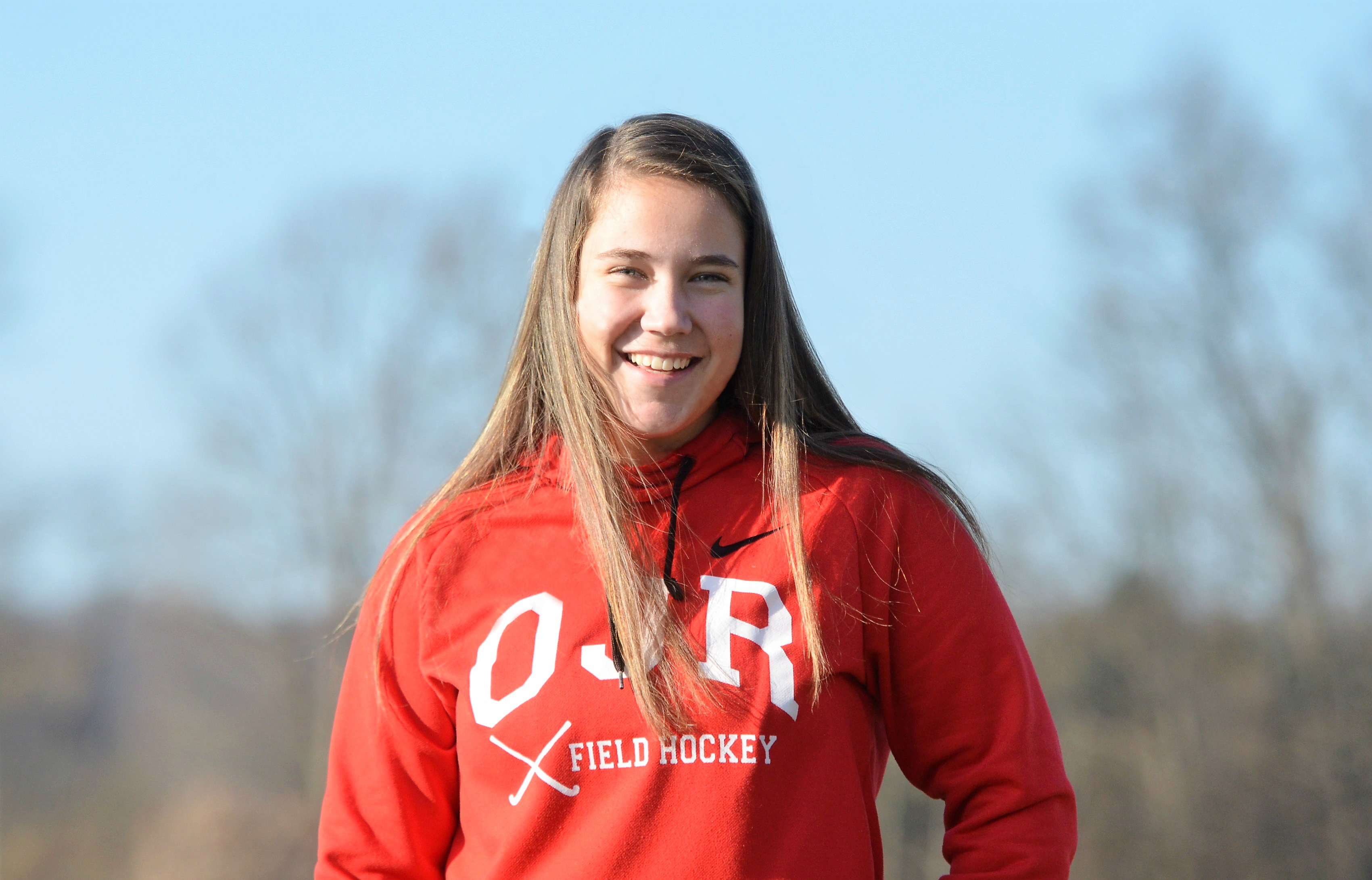 Years before she began her scholastic career as a field hockey player, Natalie Fuertsch had already earned herself a nickname with the Owen J. Roberts faithful.

“I was always known as ‘The Little Fuertsch,’” the Wildcat senior recalled of her youth when she watched her older sisters Emily and Amanda Fuertsch play from the stands. “I became sort of the team mascot at every one of my sisters’ games. I can still remember, I would lead a cheer with the parents before every game.”

A leader in the stands during her grade school days, Fuertsch went on to become a leader on the field during her high school career with the Wildcats.
She has been a four-year starting defender with Owen J. Roberts since arriving onto the scene as a freshman in 2015.

As the center back on defense this past fall, Fuertsch was a key piece to a defense that carried Owen J. Roberts to both a Pioneer Athletic Conference and District 1 Class AAA championship. For the year, the Wildcats allowed only 16 goals and 65 shots against with 13 shutout wins to their credit.

At the forefront of it all was Fuertsch, the 2018 Mercury All-Area Field Hockey Player of the Year.

“It’s unbelievable, I never thought that I would get something like this, especially as a defender,” said Fuertsch of earning the accolade. “I know I don’t have all the goals and all the assists, but it’s truly special to be picked for something like this.”

True, she is the first defender to be selected as the All-Area Player of the Year since former teammate Nettie Montes (now at Hofstra University) earned it following the 2015 season. But it’s no secret that Fuertsch, a Lafayette University commit, learned plenty while playing alongside Montes way back during her freshman season.

“I played left back when she was center back and sort of took her position once she graduated,” said Fuertsch. “Having her as the center back really helped me to develop into who I am now as a player. She reminds me a lot of what I am now. She was a leader, she was talking to everybody on the field. She was helping everybody off the field. That’s the person I was trying to be this year for the team.”

OJR head coach Amy Hoffman was quick to note that Fuertsch went on to emulate Montes in so many ways.

“She was a great leader all four years that we had her,” Hoffman said. “This year, especially, she stepped up. Her belief in her teammates, her willingness to put the time in to help her teammates get better, it was all so important. She brought a positive attitude to practice every day, even when no one else wanted to be there. She rallied the troops for us.

“As coaches we need that — we’re the dictators and no one really wants to listen to us all the time. So it was nice to have another coach out there on the field in Natalie.”

In addition to her leadership qualities, another driving force for Fuertsch has been what she’s deemed a ‘sibling rivalry.’

While she was admittedly her sisters’ biggest supporter during their time with the Wildcats, it took a different complexion when she got to sport the red and white. One of Fuertsch’s biggest motivations has been exceeding the accomplishments of her older sisters, Emily (2009) and Amanda (2012), who both went on to play at Temple University.

“We have an ongoing rivalry between the three of us of who did the best in high school,” said the youngest Fuertsch sister. “Going into high school, I wanted to get the PAC (championship) four-peat because my middle sister (Amanda) got the three-peat.

“Unfortunately, we didn’t get it. We got the three-peat — Methacton beat us in the championship during my junior season — but we did get the first state playoff win in program history that year.”

Of course, her older sisters were among her biggest supporters along the way.

“They always came out to the big games,” said Fuertsch. “My one sister lives in Philly and she came home for Senior Night, the PAC semifinal and final and then the district championship game. So it means a lot to have that support from them. They really are both my biggest push forward.”

And the best of all three sisters was?

“Oh no, I’m not getting involved in that rivalry,” laughed Hoffman, a longtime assistant with the team before taking over in 2015. “All three of them have been great and have brought so much to this program over the years.

“The girls are all amazing — they’ve all been great competitors, great teammates. They work incredibly hard and want the best for the team and all of the girls on it.”

For the first time in a long time, Hoffman and the Wildcats won’t have a Fuertsch working her way up through the ranks next fall.

“It’s kind of hard to believe we’re not gonna have a Fuertsch anywhere in the stands or on the field next season,” she added. “But they’re a great family and they’ve been around the program forever. It’s not just about their kid, it’s about every girl on the team. They’ve always been so supportive.”

Now as Fuertsch looks back on her own scholastic career, she hopes to leave a legacy behind.

“I want to leave an impact on the girls,” she said. “I want to show them that all of the hard work pays off. Keep working hard through whatever happens.

At this point in her life, Natalie Fuertsch can’t recall the words to the cheer she used to belt out in the stands at Owen J. Roberts over a decade ago.

However, ‘The Little Fuertsch’ can still recall just how important those little moments were on the way to her own unforgettable career.