From Serbia to Haverford, Sekulic finds opportunity in the pool 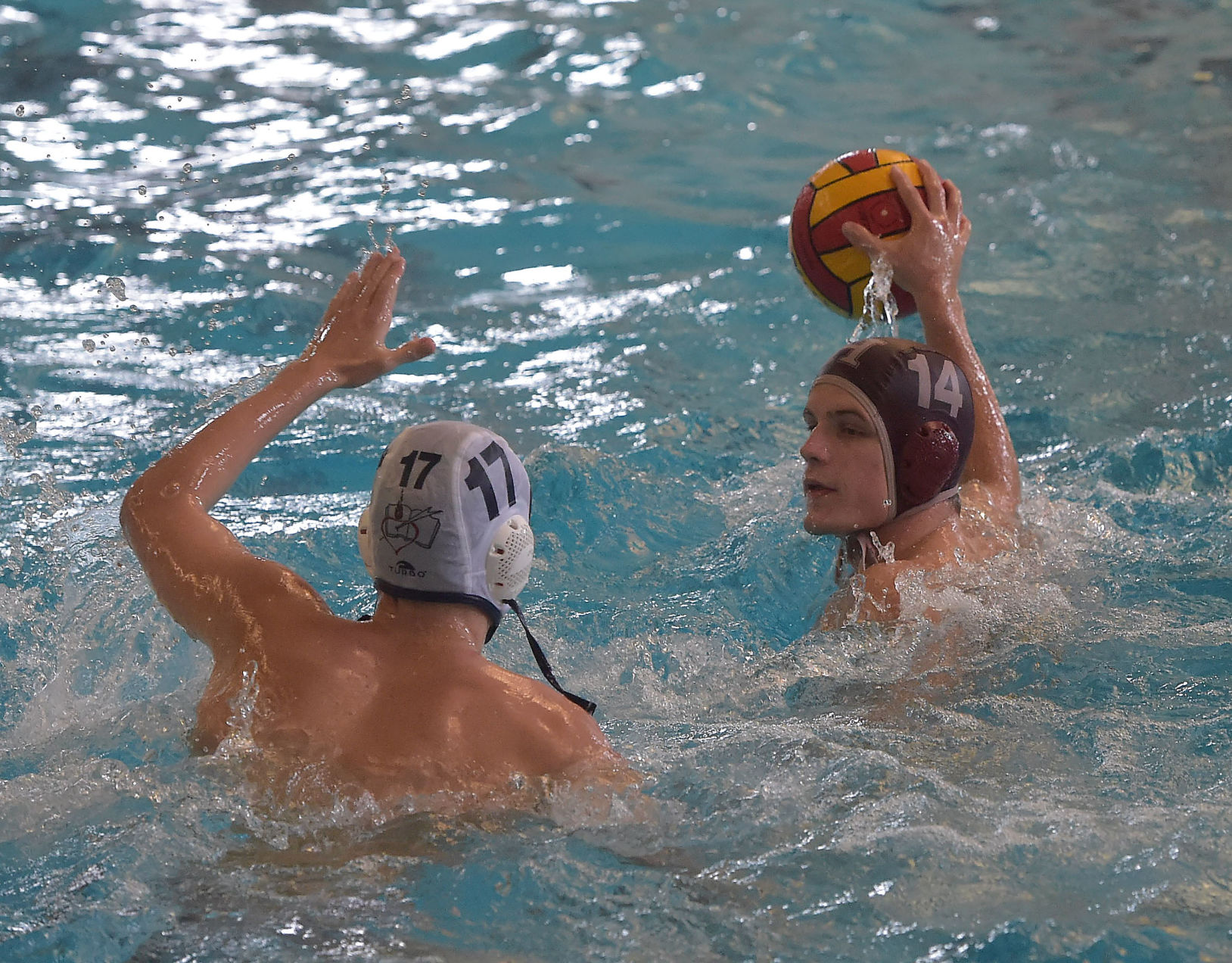 HAVERFORD — Sean Hansen was overseeing the summer renovation of Haverford School’s McQuillen Pool when the swim coach wondered if the decorations needed some international flavor. The pool, after all, is occupied not just by the reigning Eastern Interscholastic Swimming and Diving champs. In the fall, it plays host to the Fords water polo team.

So after rearranging record boards and nestling the American flag over a new window, Hansen asked one of his polo captains, junior Matej Sekulic, his thoughts on flying another flag, of Sekulic’s home country of Serbia.

“I was like, ‘I’m not sure if people would like that,’” Sekulic said recently. “(Hansen) was like, ‘who cares; this is our team.’ I think it’s nice for the atmosphere and everything.”

It also represents how the Belgrade native has made Haverford School his home. A rare underclassman captain and a standout on both sides of the pool attracting interest from major college programs, Sekulic arrived in the States as a seventh grader with the quintessential dream of American opportunity. His future path is inextricably linked to the pool, one of the places he first felt comfortable in a new country.

“I love water polo,” Sekulic said, just after leading the Fords to a 14-3 walloping of rival Malvern Prep last month. “I really want to play maybe after college, maybe in a club team somewhere. It’s an amazing sport. It keeps you in shape. As much as it is physical, it’s also very mental. You need to be able to look around, see who’s open, not get your emotions involved at all because once there’s emotions, it leads to errors. It’s just amazing.”

Sladjana Sekulic cuts an imposing figure, even astride her 6-foot-2 eldest son, enlisted to translate. An emotional resonance unites them, too.

Haverford School’s Matej Sekulic with the flag of his homeland, Serbia, in the background. (Digital First Media/Pete Bannan)

In 2013, Sladjana and her husband, Goran, saw how limited opportunities would be for their children in Serbia. For Matej, Jovana and Luka to maximize their potential, leaving their parents’ homeland was the best chance. It didn’t matter that Goran, a colonel in the army, worked in information technology for the Ministry of Defense, or that Sladjana was a physical education teacher at a high school. It didn’t matter that a year earlier, they had built a house in Belgrade. America remained a promised land.

“The decision was exclusively for the future of the kids,” Sladjana said. “I didn’t know what it was to change from one continent to another. We were leaving our full life behind us.”

Then, with Matej taking a moment to wipe away tears – it’s two hours goggle-less in a pool, he swears, even as tears well in his mother’s eyes – Sladjana continues in resolute if heavy accented English.

“Every time I’m thinking back, it’s very difficult for me and for my husband, for my kids,” she said. “Because we are very close to Serbia because we have family, parents, sisters, missing them.”

Matej and his siblings are thriving because of their parents’ leap of faith. Five years ago, Goran entered the State Department’s Electronic Diversity Visa Lottery (the pejoratively termed Green Card Lottery in the realm of partisan politics) and acquired green cards in the summer of 2014. Their only connection in the States was the best man at the Sekulics’ wedding, an American citizen. After a month in Brooklyn, Goran’s best man told him about a friend in the Philadelphia area who could help them get settled and find work. So they followed the tip to Media, Matej enrolling in Springton Lake Middle School.

To instill a sense of normalcy, Sladjana contacted water polo clubs to get her kids back in the water. (Luka and Jovana also swim and play water polo, Jovana on varsity at Episcopal Academy.) Only one answered, with a name to fit the boldness of their situation: Maverick Water Polo Club, coached by Haverford School head man Kevin Van Such.

“We saw multiple clubs and sent emails out to them, but only Kevin believed in us and sent us back an email,” Sladjana said. “We’re very grateful to him because he gave us a chance, not just for water polo but for an education.”

As soon as Van Such got a look at Matej, he knew that any trouble bridging the language barrier would be worth it. Getting someone so steeped in the sport was a rare gift that Van Such was eager to nurture.

Where water polo in the U.S. is almost entirely confined to California and the Ivy League, it’s massively popular in Eastern Europe. Serbia is the four-time reigning men’s European champion. The partitioning of Balkan states has hardly dimmed their dominance, with Serbia and Montenegro (previously part of the dominant Yugoslav program, then united in a single federation before splitting) among the preeminent powers alongside Croatia and Hungary.

“Every time Serbia wins any kind of European championship or world championship, it’s basically like when Philadelphia won the Super Bowl,” Matej said. “A lot of people come out, cheer for the team. There’s a lot of camaraderie for the team. Let’s say you’re in high school and play water polo, it’s like you’re a football player.”

Matej started relatively late in the sport, joining VK Beograd in third grade. When Van Such first saw him play, his talent was clear.

“He was head and shoulders above, like literally,” Van Such said. “Physically taller, bigger than kids his age, just more physically developed and the intensity he brings, the awareness of the game situations, his IQ and knowledge of the game is far advanced over kids his age.”

Matej started out playing with kids his age, but soon proved capable of competing with the 18-and-under squad at 13. The connection to Van Such urged Matej to pursue Haverford School, one of the scant local options to play scholastically.

It set up another challenge, with Matej serving as his parents’ translator at admissions meetings, not just stating his case to attend the school but also explaining the school’s position to his parents. He’s taken English classes since age four, at the prescient behest of his mother, and his speech betrays only faint hints of his Serbian accent.

Matej has led the Fords to 23 wins this season and the Inter-Ac title with a game (against rival EA) to spare, plus a runner-up finish at Easterns for the first time in program history. He’s attracting attention from college powers in the Ivy League plus UCLA. He’s willing and able to pass on information about the sport he was steeped in to an American population with scant access to such enthusiasm for the sport. Even Van Such, who played collegiately, benefits.

“With Matej, if this happens or that happens, he knows instantly what to do,” Schork said. “There’s no looking at the ref, no questioning. He knows what’s going to happen. … He’s obviously an excellent player. His shot and pure ability help a lot, and he’s a great teammate.”

“I’ve learned from just talking with him, watching him, just seeing how he does certain things, and then it goes both ways,” Van Such said. “It’s been a long road of him adapting to different styles and different coaching tactics, and it’s a good relationship in that we’re able to kind of learn from each other but we’re all pulling in the same direction. It’s pretty special.”