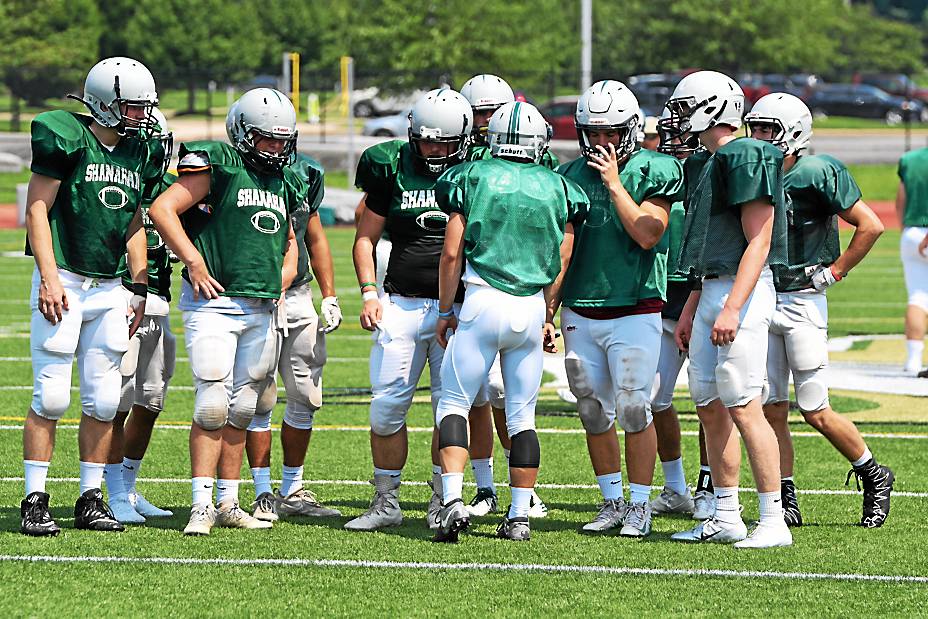 Football is a game that, when played properly, is an exciting and thrilling sport to watch.

The passion and energy of the young men who play high school football resonates all the way to the stands when top competition is challenged. Friday night at Kotmeyer Stadium, the Bishop Shanahan football squad took heavily favored Downingtown West down to the wire before losing, 14-13, when the Whippets’ Max Hale stopped the Eagles at the goal line.

It was a big win for Downingtown West as it kept the Whippets’ hopes of finishing in the top four in the District 1 Class 6A playoffs a reality. But, the real winner may have been Bishop Shanahan’s savvy head coach Paul Meyers.

Some even want the Eagles to go to the Philadelphia Catholic League.

This is nothing new. if I had a dollar for every fan who has asked me why Shanahan stays on the same side with Downingtown West, Downingtown East and Coatesville, I could have retired five years ago. But, the man who wants to play that top competition ­— and has beaten all of them at some point — is Paul Meyers. Meyers has repeatedly told anyone who would listen that he is not interested in leaving the Ches-Mont National.

“We want to stay on the National side and play the big boys,” Meyers said. “It makes your program better and the kids remember those games. That is what it is all about for us.”

With the uproar going around the Ches-Mont League right now, it looks like the National Division may be left out in the cold as the American may become its own eight-team league, and basically make the big boys — plus Avon Grove and Shanahan — find six nonleague games, or (ridiculously) play each other twice.

There have been people at Bishop Shanahan what have told me that maybe a move to the Ches-Mont American would be a good thing for Shanahan football. Of those people, none was named Paul Meyers, the only head coach the Eagles have had since they started football again in 2001.

Meyers has always been an innovator of offensive sets and has, at times, taken some big losses to the big boys. Not once, however, did the Eagles head coach whine about the size of the school and the size of the opposing front line. Meyers took his beating with class and went back and planned for another day when things would be different. And after wins over the Big three, there was no gloating or grandstanding. It was just business as usual for the Eagles.

After losing 30 players from last year’s 5A playoff team, the Eagles are a win over Oxford away from qualifying for the District 1 Class 4A playoffs. Meyers has held his young team together, and with an undefeated freshmen team, the good times are right around the corner for Bishop Shanahan football.

And it will be against the big boys of the Ches-Mont League. Meyers would not have it any other way.