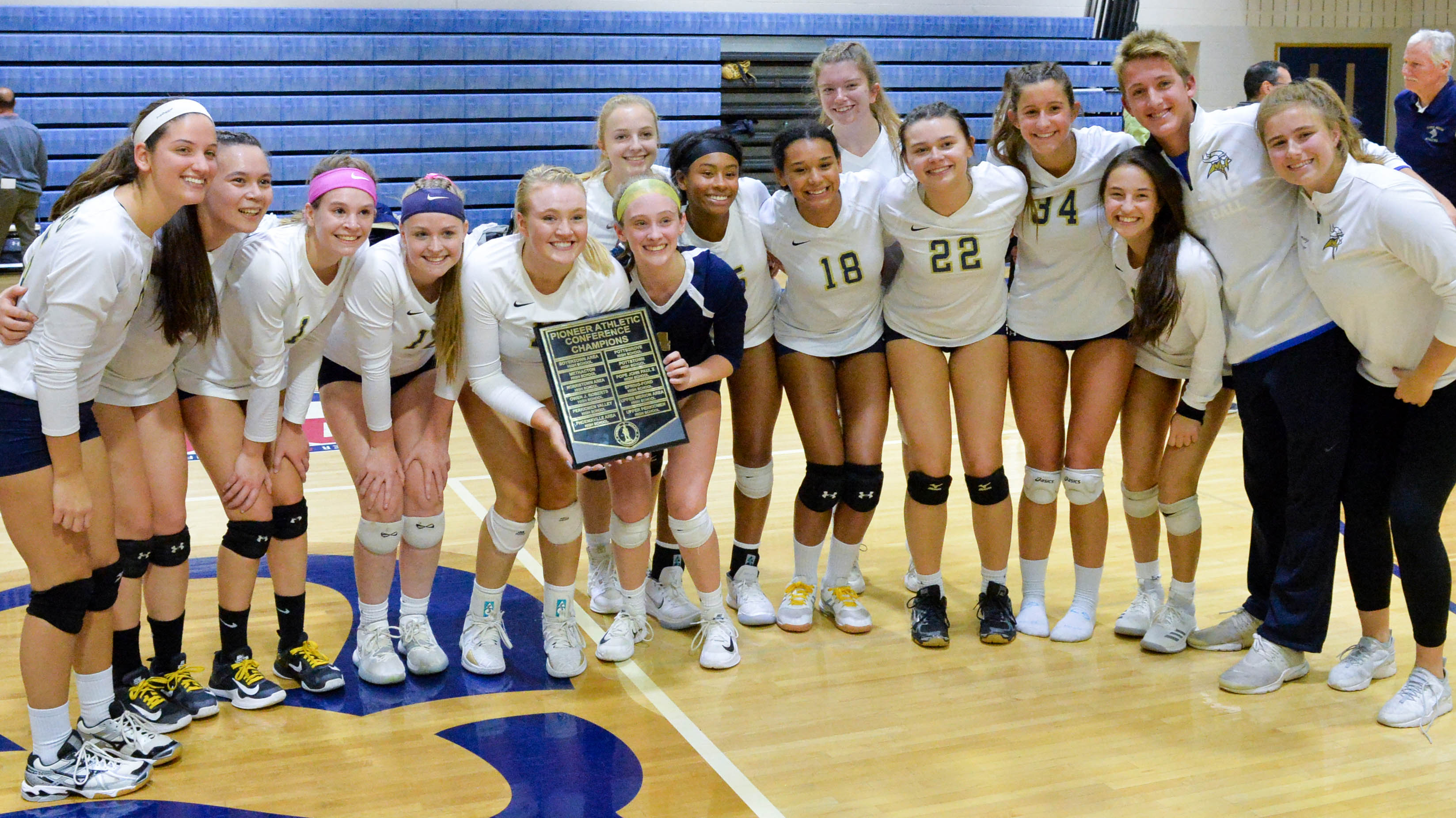 Since joining the PAC three years ago, the Vikings had lost just three conference games and captured a pair of Frontier Division titles, but they were still in search of their first conference title after losing to Pope John Paul II in last year’s championship game.

“When we joined this conference, championships were a regular thing for our team,” Upper Merion coach Tony Funsten said. “Now we’ve won back-to-back division titles, but they upset us in the final last year. Maybe we righted things this year.”

“We were definitely ready,” Upper Merion senior Tori Wright said. “Knowing what happened last year, I think this was a revenge and we came into this game knowing what we had to do to win.”

The two teams looked evenly matched early, splitting the first 28 points down the middle. But the Vikings went on an 11-6 run to close out the first set and never looked back. Upper Merion then won the second set in dominant fashion, jumping out to a quick 3-0 lead and never trailing in a wire-to-wire victory that put them one set away from the championship.

“I think once our adrenaline calmed down, we were able to play better,” Funsten explained. “We just needed to settle down and play smart. Once we did that, we were able to take control of the game.”

And Upper Merion is your 2018 PAC Volleyball Champion. pic.twitter.com/qChXxboWTl

The Vikings found themselves trailing in the third set, but a 6-0 run keyed by Wright and Danielle Chung put them ahead at 14-11 and they never looked back. Wright and Chung finished the night with 17 and 15 kills, respectively.

Upper Merion is led by six seniors: Wright, Chung, Emily Gallagher, Cameron Brady, Kelly Moore and Katelyn O’Brien. That experience is what the Vikings believe set them apart from the competition.

“Oh definitely, the experience makes a huge difference,” Funsten explained. “When you have younger players, you tend to give up big runs when things are going bad. With our players, we can figure out what’s going wrong and right the ship without giving up more than a few points.”

“We can communicate by yelling or even with just a look,” Wright added. “Our team has played so much together and we know what we need to do to play well.”

Thursday night marked the third loss Pope John Paul has suffered at the hands of Upper Merion in 2018. The two teams clashed twice in September, with the Vikings prevailing, 3-1, both times.

“They just out-played us tonight,” Golden Panthers coach Ryan Sell said. “We’ve had a few injuries and had to change things up since the last time we played, but they played great defense and deserved to win.”

“I wouldn’t consider this a rivalry, even though we met last year in the final. I want the conference to be as strong as possible so we can all make each other better in time for districts. We don’t have to play Upper Merion in districts, so they just make us better.”