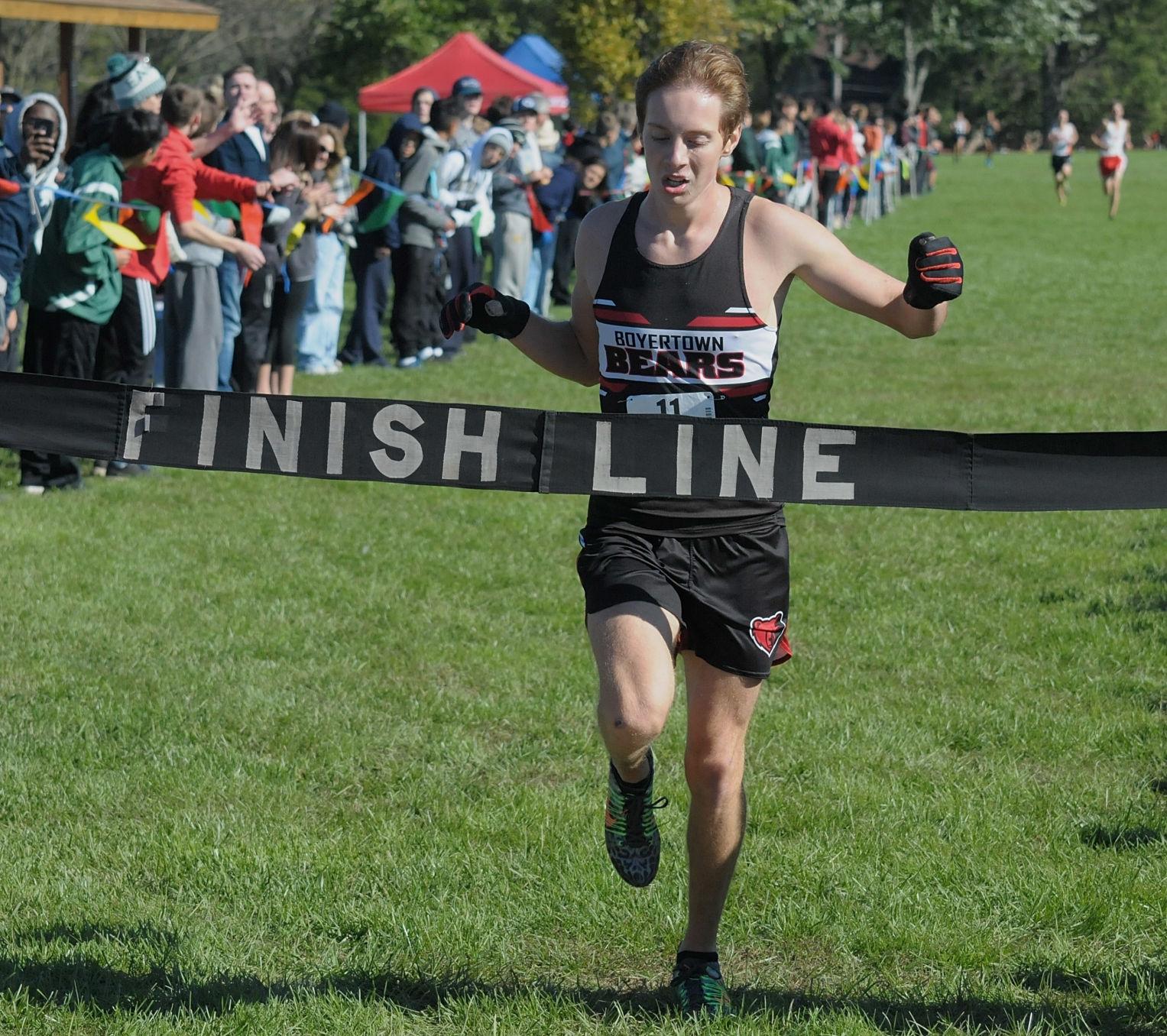 WORCESTER >> The first time was certainly the charm for Naomi Hillen.

Her debut in the Pioneer Athletic Conference League Championship meet will be a memorable one. The Pottsgrove sophomore won the girls’ varsity race at Heebner Park in strong fashion, outrunning the rest of the field by more than 10 seconds to become the program’s first league champ in more than 20 years.

The boys race was won by Boyertown’s Christian McComb, who crossed the finish line 13 seconds ahead of Owen J. Roberts’ Linus Blatz. Owen J. Roberts swept the team championships, in the wake of its unbeaten runs through the Liberty Division’s regular season.

“I loved it. It went by fast,” Hillen said of the race on the five-kilometer Heebner course. “I didn’t know what to expect when we walked it.”

A hamstring issue last fall prevented Hillen from competing in PACs as a freshman. But there was no stopping — or, for that matter, slowing — her succeeding Spring-Ford graduate Gabriella Bamford as the conference’s girls champ.

Hillen kicked her run into a higher gear around the four-kilometer mark, with Spring-Ford’s Emily Smith and Upper Merion’s Veronica Sanchez in the front pack. She went on to clock a 19:34, Smith following at 19:45 and Sanchez a distant third in 20:01.

“That’s where I do it,” Hillen said. “I find it better to stay with the stronger runners. They know how to handle those behind them.”

“I said after the first mile, I was going to pick it up,” McComb said. “I had a decent lead at the mile, so I widened it there.”

McComb became the successor to OJR graduate Liam Conway, the winner of the PAC’s previous two races. He described the experience as “so honoring.”

“I looked up to Liam the last two years,” he said. “I wanted to be a champion like him. It’s so honoring to be champion.”

For Blatz, the runner-up finish didn’t displace the feel of the OJR boys winning the team title. With their first five runners placing in the Top 20, the Wildcats’ 44 points surpassed the Warriors (64) and third-place Spring-Ford (82) by comfortable margins.

“We won. That’s what matters,” Blatz said. “We wanted to work as a team, and we got the title by working together nicely.”

Roberts’ “pack” focus also served the girls well. With their first four finishers in the Top 10, the ‘Cats team total of 44 bested the Rams (54) and Vikings (62).

“Certainly, you hope to get someone at the top. But the way the race played out, that wasn’t the focus. It was more running as a team and a group.”

For next week’s District 1 meet at Lehigh University, Hillen and McComb will both carry high hopes for big showings in the Class 3A and 2A fields, respectively.

NOTES >> Pope John Paul II, the PAC’s Frontier Division leader during the regular season, was paced by Jack Phillips for the boys (16th) and Gianna Cagliola for the girls (11th). … Laree Hills, who placed 30th, was Pottsgrove’s leading runner. … Damiani and Vandruff were the highest-finishing freshmen in the races.