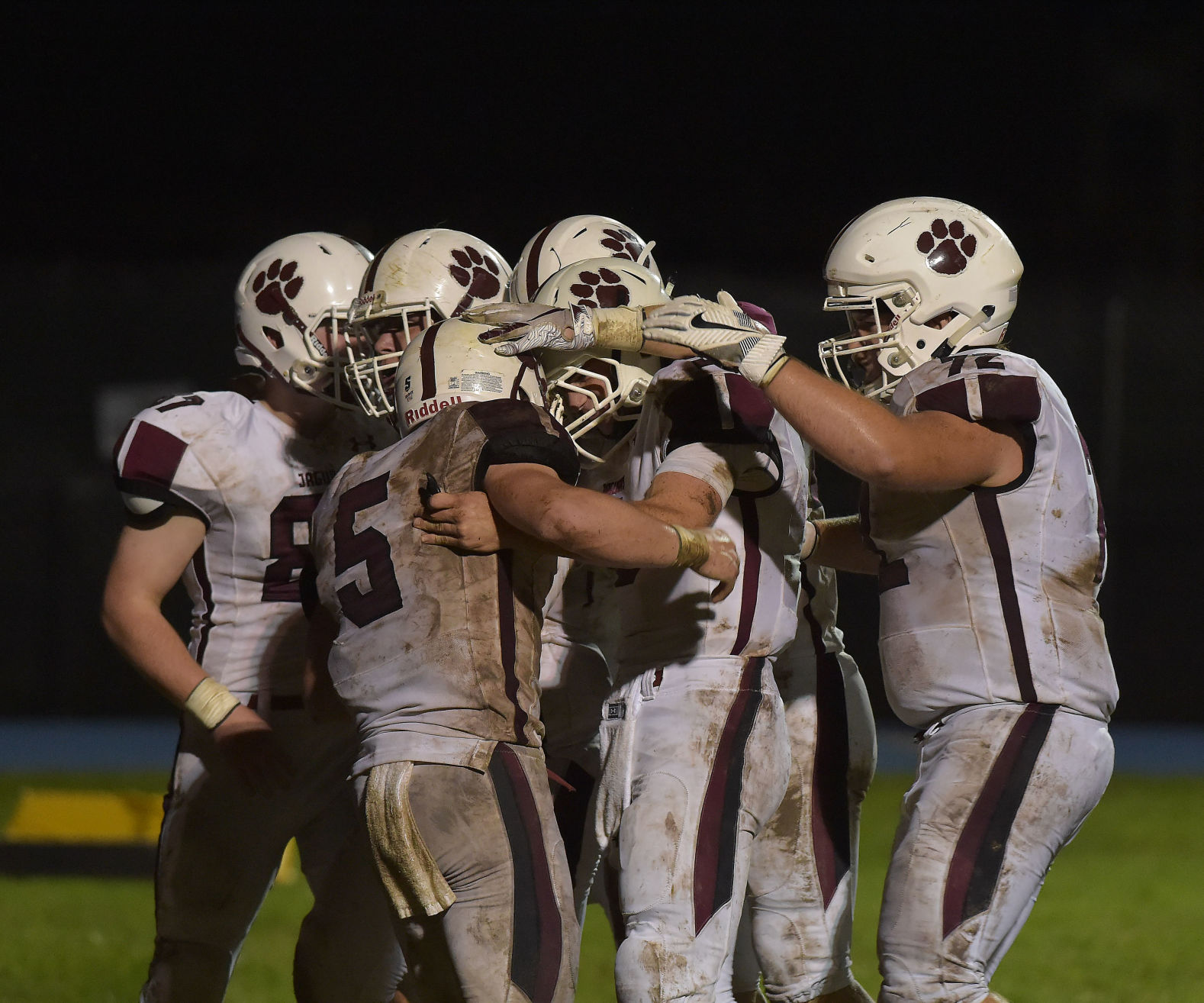 SPRINGFIELD — Relentless in their pursuit of the quarterback, there was no telling when, if ever, Garnet Valley’s defensive linemen would become fatigued.

Nobody scored until late. Danny Bradley’s 15-yard scamper to the end zone was all that was required of GV’s normally potent offense on this night. Springfield quarterback Jack Psenicska hung in there in the face of continuous pressure, and his receivers gave the team a shot to pull off a victory, but a pass on fourth down in the waning sailed out of bounds. Garnet Valley left town with a 6-0 victory.

With the win, the Jaguars (6-0, 5-0) have grabbed sole possession of first place in the Central League and are the last undefeated squad in Delaware County.

“We say we have to keep (the quarterback) back there for three seconds because, after three seconds, we’re going to get there,” said Brennan, who was a monster. “I think we accomplished that tonight.”

Springfield hadn’t lost a regular season game since Oct. 21, 2016, against Garnet Valley. In recent seasons, they have played some of the best games you’ll see in the county all year, two teams that never disappoint.

“They’re really well-coached and it’s just a dogfight with them every year,” Hrivnak said. “I thought they fought really hard all game and gave it their all on every play. They were doing what they’re supposed to be doing. I’m just … proud of our guys because we worked really hard.”

Bradley ran for 105 yards on 16 carries. Colin Robinson added 81 yards and quarterback Cole Palis amassed 35 yards on the ground. The leading offense in the county, averaging 435 yards and 41.6 points per game, was limited to 239 yards of total offense. But thanks to the Jaguars defense’s stellar performance, it barely mattered.

“We always say that if they can’t score, they can’t win. Tonight, I’m really proud of everybody,” said Brennan, a Bucknell recruit. “We kept them out of the end zone, ultimately, and that’s why we won the game.”

The Jags’ last regular season defeat came at the hands of the Cougars last year, a stunning home setback that paved the way for Springfield to capture

“Springfield is always very well-coached and they always play great defense. They have great skill kids. I think they’re always a good match for us,” Garnet Valley coach Mike Ricci said. “Their strengths match up to where we’re not as strong sometimes. It’s always a field possession game and it’s always the team that makes the fewest mistakes that wins.

“After this game, you go your separate ways and you wish them the best.”

Cognizant of GV’s ability to dominate up front, Britton wanted to get his receivers involved early and often. The Cougars abandoned any semblance of a running game in the first quarter. The onus was put on Psenicska to get the ball out quickly and efficiently. For the most part, the senior did a fine job, completing 21 of 40 passing attempts for 269 yards. Six receivers made at least one catch. Frankie Bullock led the way with four catches for 88 yards. Jack Spence had eight snags for 60 yards, and Liam DiFonzo finished with two catches for 58 yards.

DiFonzo’s 15-yard reception on fourth-and-12 in the final minute kept Springfield’s hopes alive. Pat Clemens then had a 24-yard catch to move the Cougars near midfield.

“Their defensive line is really good and we have a younger offensive line. I thought our best matcups were at our skills, so we wanted to throw a lot,” Britton said. “Unfortunately they do a good job defending. They disrupt a lot of stuff, No. 97 (Brennan) is a great player.”

While they were frequently tested, Garnet Valley’s defensive secondary never wavered. It was their bend-but-don’t-break approach that helped keep Springfield off the scoreboard.

“We knew they are more of a spread offense and they were going to try to attack our secondary. We just knew we had to get after it this week at the line of scrimmage,” Oldrati said. “We knew (Psenicska) is really good getting the ball out quick. Our secondary only had to have three seconds to cover and we would do everything we can to get there in those three seconds.”

“They have a kid who throws the ball really well and they had a lot of high percentage completions, putting the ball right on the money. Our guys had to do a good job keeping the ball in front of them and they did that,” Ricci said. “Once the game wore on and our D-line started to get a little pressure on the quarterback, things started to go in our favor.”

And now the Jags control their own destiny. Hard as it may seem, they are vying for their first Central League title in five years. The difference this season? The defense is quite nasty.

“We definitely need to get better because we’ll never be satisfied,” Westburg said. “We know there is a lot more to improve on.”