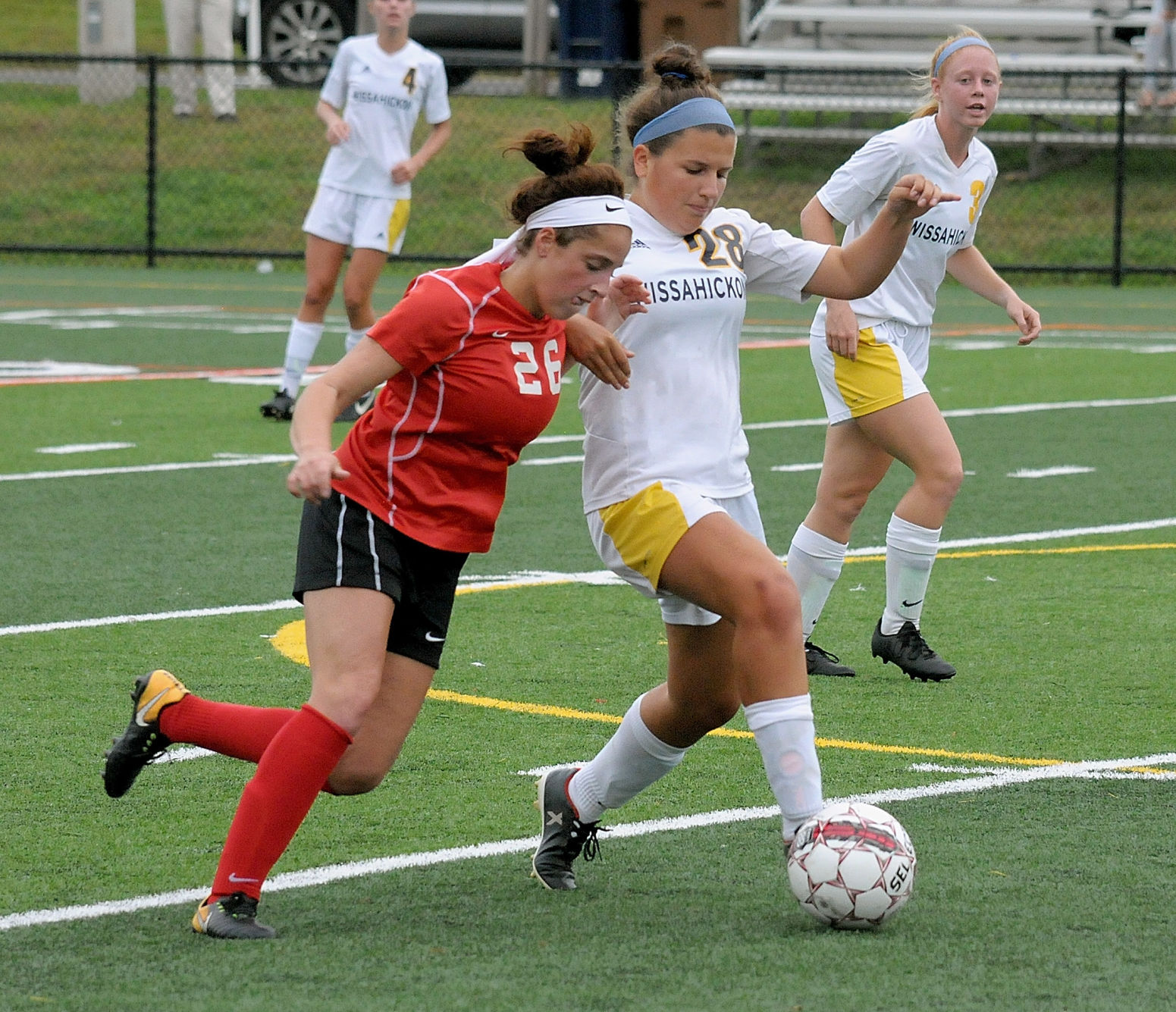 UPPER DUBLIN >> Time and time again, there was Lexie Moss winning a tackle.

The Upper Dublin senior center midfielder was a dynamo early in Monday’s match, pursuing the ball and laying in a physical tackle that either left her with the ball, or it rolling toward a teammate. It was as much a tone-setter as it was a typical Moss performance, but it was one the rest of the Cardinals played well off of.

UD topped a quality Strath Haven side 2-1 on Monday, picking up a really good nonleague win while not at full strength.

“This is the first time I think we played 80 good minutes as a team together,” Moss, a co-captain, said. “We’ve really been working well together and we’re starting to trust each other. It’s really coming together for us this season.”

The Panthers, who came in No. 2 in the District 1 Class 3A power rankings, have put together a strong start to the season despite an abundance of underclassmen in the starting XI. What Strath Haven lacks in experience, it more than makes up in pace. From the onset, it was clear the Panthers had speed in droves, so Upper Dublin knew the middle would be vital ground.

With senior defender Sascha Keitz out sick, junior Laura Pendleton dropped from her holding mid spot to center back and had a stout performance. It was just another rotation in the middle for the Cardinals (5-3-0, 4-2-0 SOL American), who have seemingly had to start three different players in the center midfield every match due to a plethora of reasons.

“It’s been a calling card of ours to contest everything in the midfield and make it difficult for the opposition to play,” UD coach John Topper said. “We were able to establish possession there, find wide areas and especially early in the game, find Julia Eustace and Anna Desch wide and they created a lot for us.”

Moss noticed the Panthers’ pace too, especially in their front line of Ali Broome, Cayden Frazier and Danielle McNeely. But the Cards senior also noted the strength and skill of the Haven center mids, especially the player Moss spent the second half man-marking in Maggie Forbes.

UD struck first when Emily Booth pursued a long ball over the top by Pendleton, fired and had the shot glance up over the keeper and across the endline. With Moss, Priya Kaneria and Tina Haig helping to control the middle, much of the play started to find its way out to the flanks.

“Their center mids were strong, so we had to pick up and mark our players early and doing that helped us win this game,” Moss said. “We all trust each other, we’re a strong team from the bench to the girls on the field, so even if one girl is out, we know how to pick it up.”

Even with the Cardinals’ midfield preventing a lot of long build-ups through the center of the pitch, the Panthers still got plenty of chances up, putting the UD defenders to work. Pendleton, Katie King, Kaitlyn Brown and Maddie Sanders were solid across the board, but none of them were able to stop the late first half equalizer for the Panthers.

Forbes hit a brilliant shot from the right edge of the box, curling the effort to the opposite post and neatly in the upper 90 with about 30 seconds left in the half. The Cardinals recognized the caliber of the goal and regrouped at the half.

“Everyone realized it was a phenomenal effort and that wasn’t a mistake on our part, just a great goal,” Topper said. “The girls didn’t hang their heads and we knew we had the winds at our back in the second half.”

“We knew we were the stronger team and we were more physical and winning and dominating the ball, so we didn’t want to let up,” Moss said. “That was a really good goal by them, so we just wanted to keep playing to win.”

Haig stayed on the bench for about 10 minutes to start the second half, but once she subbed in, the senior made a quick impact. Pendleton again supplied a great ball over the midfield, which Booth brought down and started toward goal.

With Haig making a parallel run, Booth calmly left the ball in the midfielder’s path and Haig one-timed her effort into the net with a shade less than a half-hour to play.

From there, the Cardinals held the line defensively while continuing to get terrific play from their wide players. Given that the ball was on the flanks so much, Desch and Eustace got plenty of touches and made a lot of them.

“Julia is becoming confident and putting backs under a lot of pressure,” Topper said. “We’re only going to see better and better things out of her.”

Upper Dublin plays Springfield-Montco Tuesday to end the first half of SOL American play, then goes to Hatboro-Horsham on Thursday.

“Honestly, it just comes back to trust,” Moss said. “We trust whoever is going in there, we know they’re going to step up and play how they need to play at that time. This brings up a lot of confidence, I think we’re going to keep playing strong, persisting and winning.”