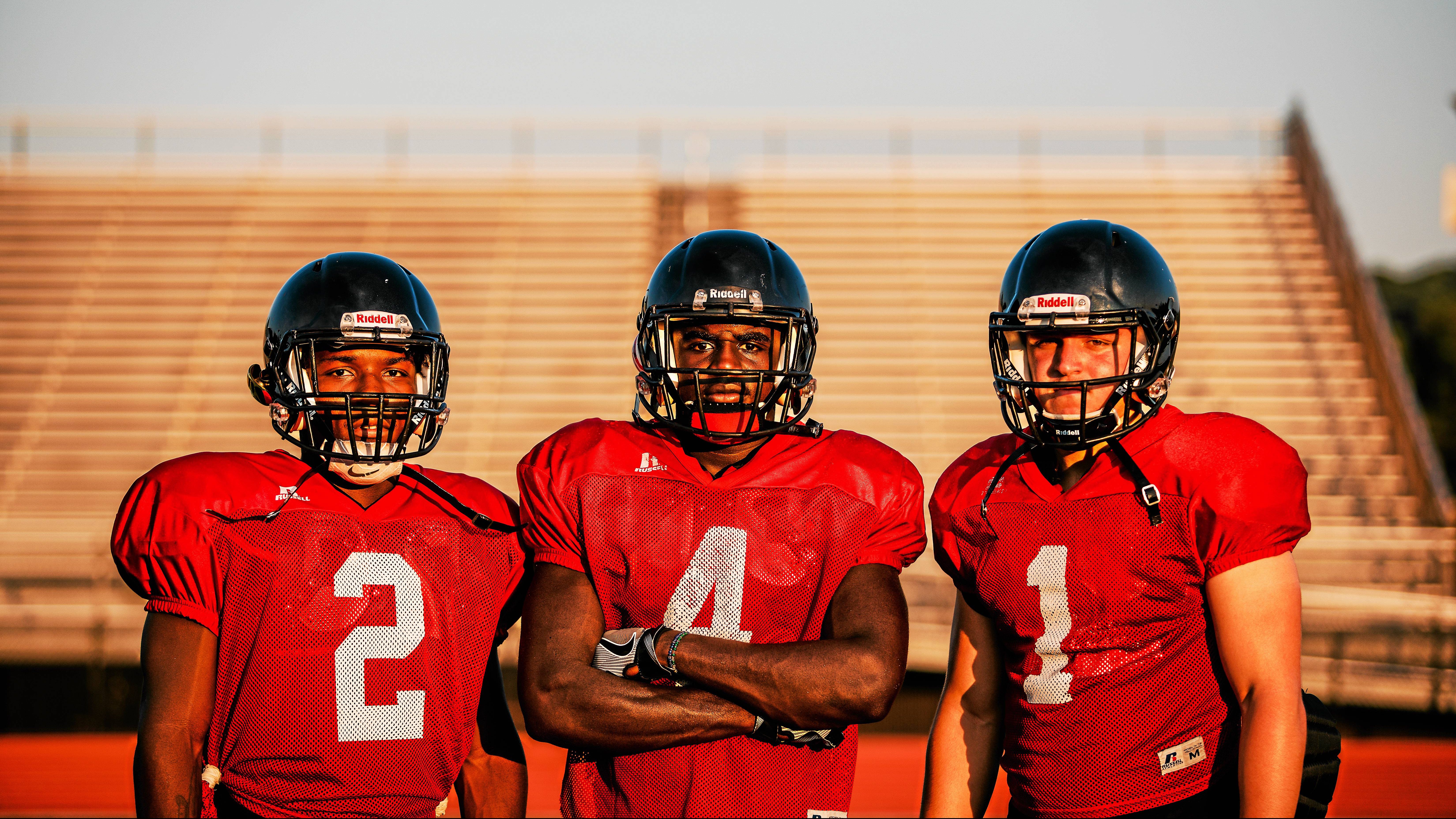 Ches-Mont League Preview: Chesco teams line up behind district champs Coatesville, Unionville with task of living up to reputation

For the first time since 1995, after Downingtown and Unionville won District 1 crowns, Chester County will be home to a pair of returning district champions.

Coatesville (Class 6A) and Unionville (Class 5A) begin their quests to defend their district titles. The bar has seemingly been raised around the Ches-Mont League with the Red Raiders emerging as a perennial powerhouse and the PIAA shifting to six classes a couple years ago.

Coatesville has played in three district finals since 2012 and won two of them, and after nearly reaching another state final last fall, the Red Raiders seem poised to make another run at Hershey. With the District 12 champ now sent to the western half of the bracket, they are dreaming big in Coatesville. And rightly so.

Senior running back Aaron Young (1,687 yards, 31 touchdowns rushing last year) and juniors Ricky Ortega (3,225 yards and 42 TDs passing) and Dapree Bryant (1,253 yards and 19 TDs receiving) are as potent a trio as there is in the state. Coatesville’s Ricky Ortega is one of the top dual threat quarterbacks in District 1. (NATE HECKENBERGER)

There will be new faces in the wide receiving corps and defensive secondary, but Coatesville is not only blurringly fast, but imposingly big up front, starting with left tackle Ricky Santiago. Tione Holmes is also back to anchor the defensive line.

If Coatesville’s talent makes them favorites in the National Division, the layers added to its run-pass option offense could come off as downright unfair.

The Red Raiders have won 13 games in a season three times since 2012 and have lost just four regular season games to District 1 teams in that span. Downingtown East has given Coatesville two of those Ls and came about 20 seconds away from doing it again last season.

The Cougars lost a lot on their offensive line and Luke Davis takes over at quarterback, but East is one of those programs you can almost pencil in to be a contender in the National and land in the playoffs.

The thought is one of the Downingtown teams will challenge Coatesville for the top spot in the National.

Downingtown West has struggled the past two seasons after going 9-2 in 2015, but hopes are high with Will Howard returning at quarterback as a junior.

Howard took his lumps in the division last season but finished with 1,795 passing yards and an 11-4 touchdown/interception ratio. The combination of a talented quarterback and head coach Mike Milano’s play calling has always meant fireworks, so betting the Whippets to light up some scoreboards once again is logical.

Downingtown West’s Will Howard rushes to the outside as Perkiomen Valley’s Kevin DelaCruz pursues during the 2017 season. (Austin Hertzog – Digital First Media)

West brings back a lot of talent to the starting lineups, but will they have enough team speed to catch up to Coatesville or outrun East and the other contenders will be the biggest question.

Avon Grove defeated West last season for the first time since earning a share of the National Division title in 2009. In the four seasons following that co-title, Avon Grove won just seven total games before Harry O’Neill took over as head coach. O’Neill suffered a winless season in his inaugural campaign, but in the last three falls, Avon Grove is 14-18.

The Red Devils have shown a consistent improvement and a winning record and playoff appearance is next on their bucket list. With good size up front, starting with Connor Long, they will hope to find enough skill to finally get them over the hump.

Bishop Shanahan has been to the playoffs the last two seasons. The Eagles will welcome a junior transfer from Kutztown, Charlie Maddocks, to take over at quarterback on a team with a lot of positions to fill.

With the Eagles’ non-league schedule and the points they’ll tally playing the big boys, they should have a shot at 4A postseason again.

West Chester East returns quarterback Ryan Cassidy and one of the top receivers in the area, Michael Gray, but the Vikings need to take major strides to get back to the playoffs.

West Chester Henderson starts a new era with Stefan Adams taking over as head coach, and it will be an uphill battle with a lot of new faces on a team that won one game last year.

The American Division has been owned by Unionville the past three seasons as the Indians have won 19 straight in the division.

Unionville averaged 36.2 points in five postseason games last year but 51 of 64 offensive touchdowns last season came from players who have since graduated. The defense may have to shoulder the load early while the offense develops, but Connor Schilling (347 total yards, four TDs) and Joe Fariello (299 yards, six TDs rushing) give the Indians some punch at the running back position.

As per usual, West Chester Rustin and Great Valley appear to be the other top contenders in the American.

The Golden Knights have lost 11 games in the past two seasons, a total that took five seasons prior to accumulate. They lost some big names from a squad that won a playoff game in the 5A bracket last year, but unlike Unionville, the Golden Knights return their quarterback, Will Pileggi (753 yards, 11 TDs passing).

Along with its signal-caller, Rustin will lean on running backs Michael Covert (498 yards, four TDs rushing) and Collin Hurley, who will step into expanded roles.

Great Valley returns arguably the best quarterback in the division with senior Jake Prevost. In his first year starting as a junior, Prevost threw for 1,294 yards, 14 touchdowns and only three interceptions and has the body type to look the part.

The Patriots also have their best playmaker back in Josh Burgess (462 yards, six TDs receiving), who will surely line up all over to get more touches as a senior. Amani Christopher (256 yards, one TD rushing) is over from Conestoga and will pair with Mark Montague (101 yards, 2 TDs rushing) in the backfield.

Unlike the National, and often the smaller school playoffs, playmakers have been the difference-makers more than the quarterbacks. In the last 10 years, three smaller schools have won district titles — Rustin (the former 3A in 2008), Great Valley (3A in 2014) and Unionville (5A in 2017) — and they were led by Rondell White, Nasir Adderley and Joe Zubillaga, respectively.

Whoever can find that superstar will likely take the American and compete in the 5A playoffs.

Oxford is coming off a winning season and a playoff appearance, but lost the bulk of their offense to graduation. How the Hornets can rebuild will tell a lot about the direction of this program. Junior running back Tim Faber (522 total yards, seven TDs) could be a breakout candidate.

Sun Valley won a pair of games in the American last season, one against Kennett and the other against Octorara, who left to join District 3. The Vanguards boast one of the best all-purpose players in the league in Julz Kelly. Quarterback Anthony Ellis is also back.