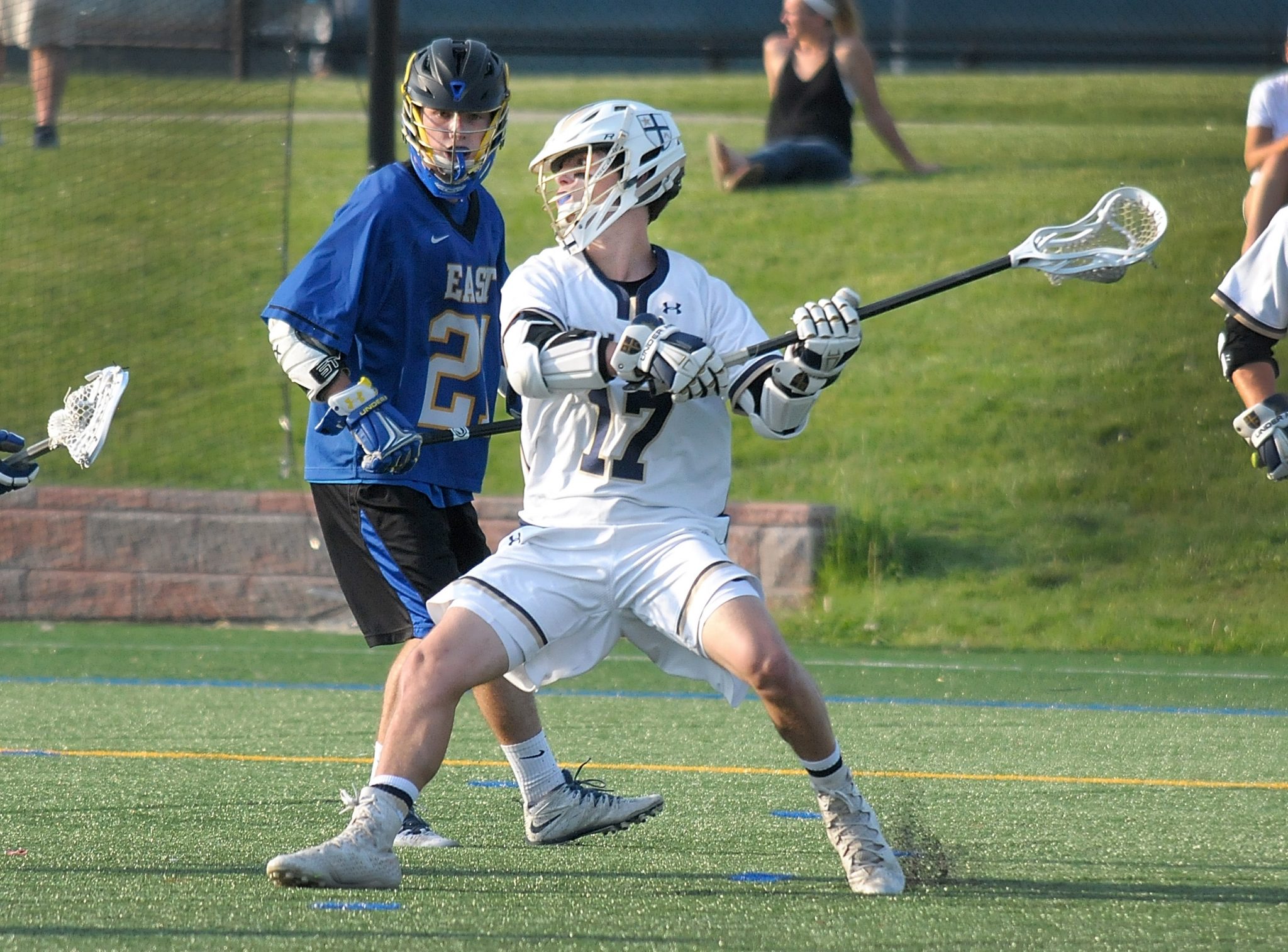 La Salle's Robert Foster takes a shot against Downingtown East during their PIAA Class 3A first round game on Tuesday, May 29, 2018.(Gene Walsh/Digital First Media)

The Explorers (12-1) scored the first five goals of the game and never looked back.

Chris Mockaitis got the scoring started more than halfway through the first quarter. He spun off two defenders from the right of the goal towards the middle of the field and found the back of the net with 4:55 left in the opening quarter.

“It’s pretty important (to get the first goal) considering our offense was down at first,” he said. “We needed help— especially from the second-line midfield. That’s where I’m from and we stepped up to our job. First-line midfield wasn’t getting it done. We had to step up, do our job and just run the offense how we’ve always run it.”

Senior Ethan LaMond added two goals in the second quarter – the second of which came with 50 seconds until halftime – to build a 3-0 lead at intermission.

Matt Clibanoff and Brendan Meagher scored early on in the second half to give the Explorers a 5-0 advantage.

After a Cougars (1-5) goal, La Salle’s Joseph Taylor extended the lead back to five with four seconds remaining in the third quarter.

Mockaitis added two goals in the fourth to complete his hat trick and Grant Pinto found the back of the net to keep La Salle comfortably ahead in a 9-2 win in the first round of the state tournament.

“The more goals we scored on them the more they got in their heads,” Mockaitis said of La Salle’s seven goals over the final 25 minutes compared to two in the first 23. “The further the margin of goals, we really got to them.”

Downingtown East’s Grady Meredith looks to pass during their game on May 29, 2018. (Gene Walsh/Digital First Media)

The Explorers faces Parkland, a 14-7 winner over Upper Dublin, in the second round Saturday.

While La Salle’s offense was scoring, the defense was holding Downingtown East down. The defense blanked the Cougars for 31:32 before surrendering the first of Brian Miller’s two goals in the game.

“We know they had really good players down low,” La Salle defenseman Kurt Wessner said. “They’re a good, athletic team. We just knew we had to do our job. We have the people to get that job done. We have people that can do everything. We had help constantly – I’m driving my kid in the wing, he’s not going to get top-side because I have a guy right there. It’s a big help system we have and it makes it hard for them to score or do anything.”

“La Salle’s defense is just a solid six-man unit,” Downingtown East coach Todd Liggett said. “Just sliding and recovering, they play good approaches, good angles, force you off-hand. I believe we had our chances, we just didn’t finish. If we put a couple in in the beginning maybe it’s a different game. I don’t know. They also created bad shots today.”

La Salle’s Gregory Osborne moves towards the net as Downingtown East’s Stu Regitz defends during their PIAA Class 3A first round game on Tuesday, May 29, 2018. (Gene Walsh/Digital First Media)

The loss brings an end to the Cougars season.

“There’s only one team at the end of the year that goes home happy,” Liggett said. “That’s the state champ. This senior class has put us back on the map as a real team. We’re better now than we were when they first came. The season was a success. We’re getting better.”