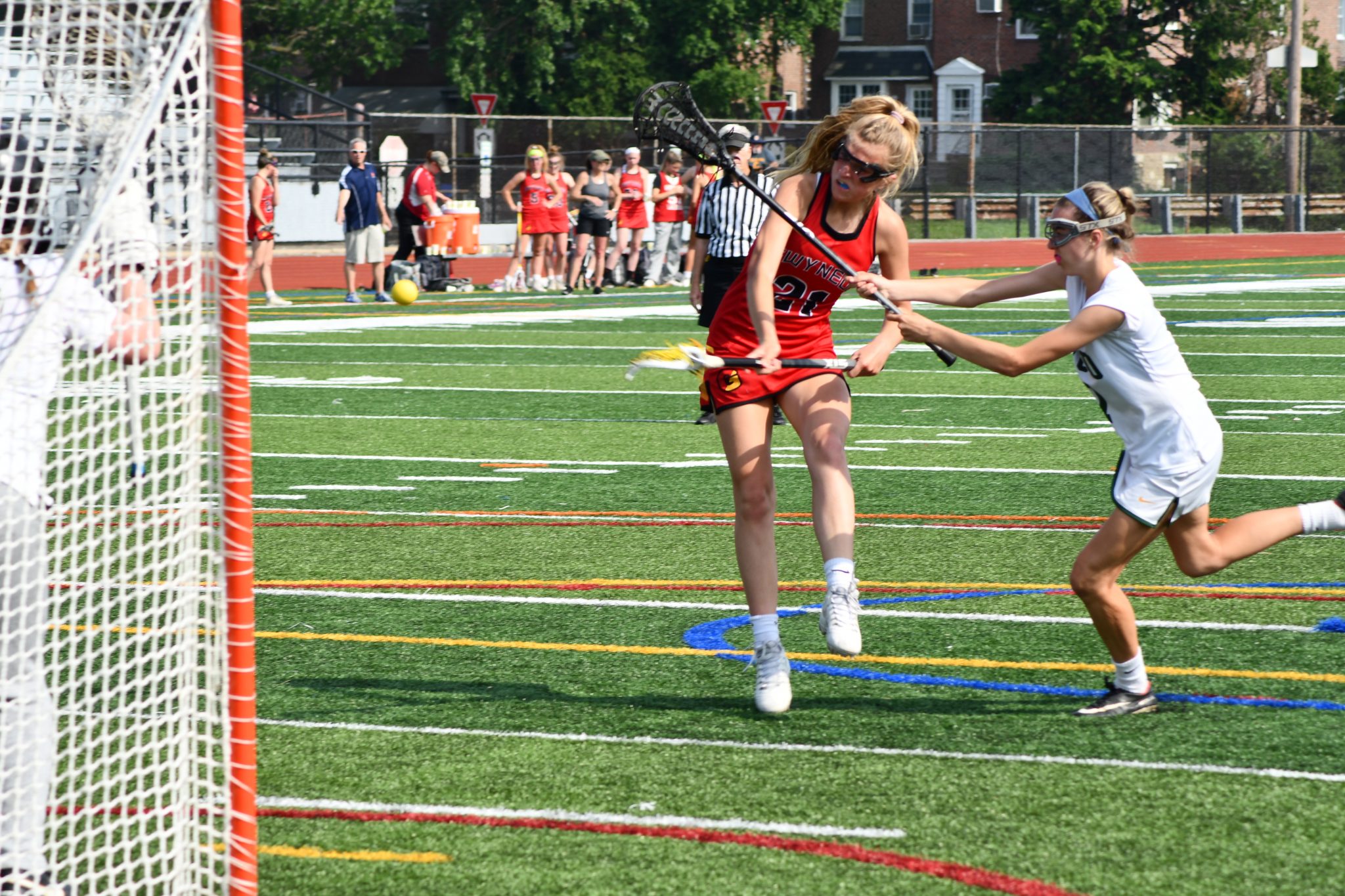 PHILADELPHIA >> In the first round of the PIAA 2A Girls Lacrosse Championships, Gwynedd Mercy Academy crushed Archbishop Wood at Northeast High School on Tuesday 16-5.

Highlighting the first round matchup was the senior captain Kendall Seifert, who scored a career-high seven goals in the victory.

“I knew that we all had to work very hard today,” said Seifert. “I wasn’t focused on how many goals I get, just wanted to get the game started and coach told me to deliver the biggest game.”

Head coach Deborah Lawlor was thrilled with her team’s performance especially Seifert’s outcome of the game.

“We made a game plan of going up huge early,” said Lawlor. “We set out and we took care of that right away.”

“Seven goals from Seifert is not unusual for us,” added Lawlor. “We usually have seven or eight goals which is how we look for the teamwork.”

“So far Seifert has six six-goal games for us this season,” added Lawlor. “I told her on the bus to deliver seven goals and today she did that.”

As for Archbishop Wood, they came in to this game after winning its first District 12 championship in school history.

Unfortunately its season ended after being shutdown on offense and only scoring five goals.

First-year head coach Nicole Fisher was really excited for the girls on a great rebuilding year.

“As a first-time coach, I’m so pleased with how far this team got,” said Fisher. “Focusing on the small things helped us get here and I’m super proud of the district championship we won to get this far is exciting.”

“Obviously a little disappointing today not showing up early on,” added Fisher. “But I don’t think the effort wasn’t there but just little things here and there were not going our way.”

Gwynedd Mercy Academy now focuses on the quarterfinals on Saturday, taking on Radnor. Time and location are yet to be determined.