PIAA Championships: Kratz, Dock Mennonite get a jump on Class 2A 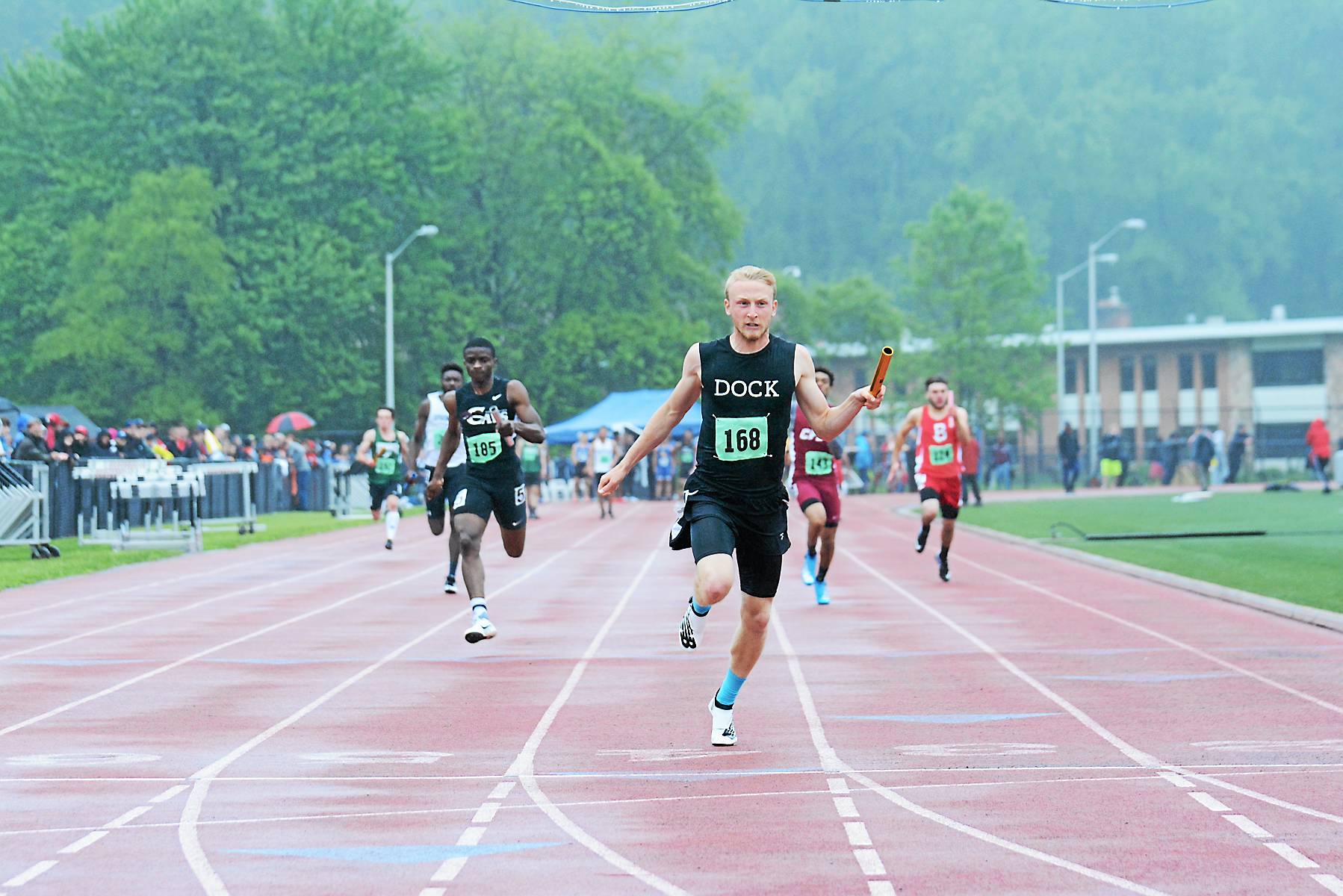 “For me, I really like states because I get long jump over with,” the senior said. “It’s usually something that takes a lot of energy out of me. It’s nice to get it done with and not have to worry about it anymore.

“It’s the event I knew I had to work the hardest for so to get it out of the way felt really good.”

Kratz, the top seed in both the Class 2A 100- and 200-meter dashes as well as the fastest leg of Dock’s 4×1, began his weekend with a silver medal in the long jump, part of a strong showing by locals on Day One of the PIAA Track and Field Championships at sunny Shippensburg University.

Kratz surpassed his 2017 finish, when he got the bronze with a 21-10.75. Coming away with eight points that could come in handy for Dock in its pursuit of its first team title, Kratz can now look forward to his main events.

“I’m more of a sprinter. Long jump’s not my main event and Schuylkill Valley had these two amazing jumpers that I knew I would have to compete with, and there are really good competitors in the 100 and 200 as well but I know I’m stronger in those events,” he said. “Long jump I have to work a little harder and focus a little harder.”

Dock gained additional points from thrower Alex Martin, who stood on the podium with a sixth-place medal in the discus. Although he medaled, Martin had been hoping for a higher finish.

“I wanna win (the shot put on Saturday),” the senior said. “I don’t wanna remember states as the day I messed up.”

Martin threw 151 feet, 11 inches for sixth, chipping in with three more points for the District One Champs.

Said Martin: “We have a good chance of winning. I think the guys on the track should get about 40 points and then whatever I can get from the field.”

Upper Dublin’s Madison Langley-Walker triple jumped to a bronze in Class 3A, leaping 38-11.25.

Third in the state is in rare company, but, after placing second last year, she was hoping for more.

“Today wasn’t my day in triple jump,” Langley-Walker said with a smile. “I didn’t hit the marks I really wanted. But knowing this is my last triple jump for high school, it’s kind of sad because I didn’t go out with what I wanted.

“I fouled one jump, ran through another, and so in the finals I had to least come back and get close.”

She’s got more than one chance at redemption on Saturday. The versatile star, bound for Oklahoma next year, will be busy doing the 100 hurdles and long jump as well as defending her state title in the 300 hurdles.

“It’s kind of crazy because I’ve made it here all four years and I’m doing all four events that I did last year,” she said. “So hopefully in the other events, I do much better than I did in the triple jump. And I can only hope for the best.”

North Penn’s Natalie Kwortnik, who will also be back doing multiple events Saturday, earned a fourth-place finish in the triple, leaping 38-7.5.

Souderton Area sophomore Maria Deaviz found her way to the medal stand in her first year of varsity competition, throwing the shot put 40-3 to place fifth in Class 3A.

She threw further than fellow medalists Mackenna Orie of Hempfield (40-2.25), Laurel Bristow of Baldwin (39-9) and Airika McCaskill of Spring Grove (39-3) to earn the fifth spot. And she also surpassed her seed mark of 39-6.

Berwick senior Payden Montana set a state record of 51 feet to win the gold, replacing the previous mark of 50-1.25, set by Elaine Sobansky of Trinity way back in 1980.

Talk about a tie.

Methacton’s Camaryn Rodriguez, Spring-Ford’s Melissa Israel, Central Bucks West’s Sam Ronald and Hatboro-Horsham’s Allison Riches were all part of a seven-way tie for 10th in the 3A pole vault, all clearing 11 feet.

Manheim Township’s Mackenzie Horn set a state record in the event by getting over 13-3. The previous best was 13-0.5 by Abby Schaffer of Easton Area in 2008.