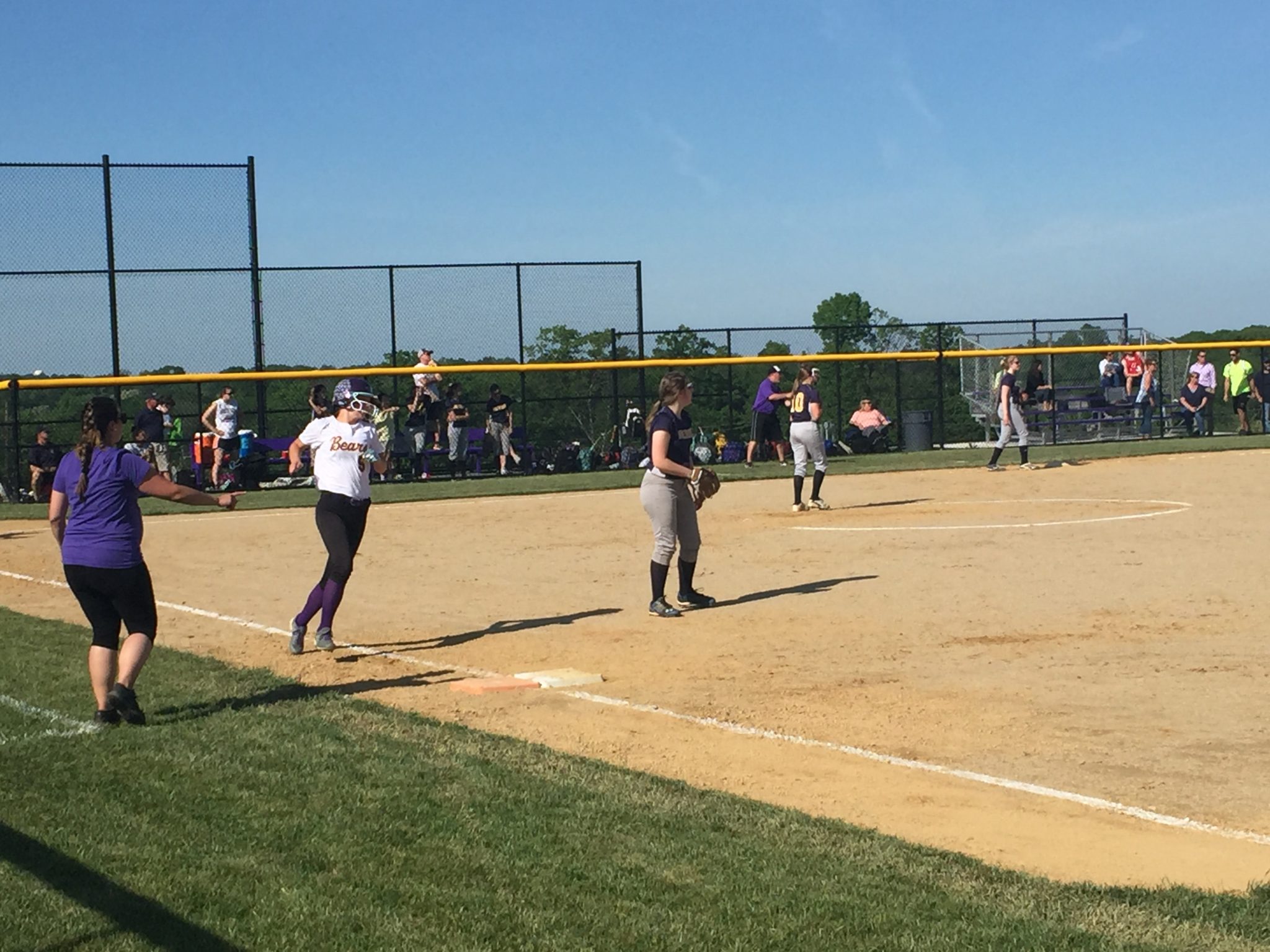 UPPER MORELAND >> The Upper Moreland Golden Bears softball team played the Merion Mercy Golden Bears for the first time in the PIAA District 1-5A softball playoffs in 23 years. The showdown, however, was nothing like a tight clash of the bears.

That is because Jenna Sadowski struck out 10 batters and allowed three hits in a complete game and her teammates collected 12 hits in a 10-1 rout of Merion Mercy at Upper Moreland High School.

Upper Moreland found itself down 1-0 after the first half inning but scored 10-unanswered runs. Eight Golden Bears from Upper Moreland had a hit and five different girls had at least one RBI.

“We just hit,” said Hughes said who went 3-of-4 with two RBIs and one run scored. “We just help and support each other the whole time. It’s not just one hit though. It’s everyone just hitting on top of each other and two-out hits Everything matters.”

Sadowski allowed a leadoff single, watched another girl reach on an error in that first inning and saw Merion Mercy score on a passed ball, but she was not rattled.

The junior instead turned her seven years’ experience as a pitcher and held the Merion Mercy Golden Bears to one run in the inning.

She struck out four in a row and kept Merion Mercy scoreless for the rest of the game.

“I feel like the first inning was definitely playoff jitters,” Sadowski said. “Last year when I was on varsity the same thing happened. I feel like we just have to brush it off. After that we just realized that this is playoffs and we all got our confidence back up.”

Three straight singles rallied Upper Moreland to a 2-1 lead in the bottom of the first. Jocelyn Baumiester scored on a wild pitch and Gianna Fiorenza scored Brianna Hughes on a single.

“We always talk about two-strike hitting,” Upper Moreland coach Scott Ludlow said. “She got down early 0-2, 1-2 and at that point it is really just about making the pitcher throw pitches.”

Hughes extended the Upper Moreland lead to 3-1 in the third inning when she hit a double-RBI to score Chloe Tice.

Baumiester followed up with a two-out-RBI-single in the fourth inning that scored Sadowski.

One of Merion Mercy’s lone bright spots was Leah McCray.

McCray walked and reached on a fielder’s choice against the seemingly unhittable Sadowski but connected on a single in the fifth.

She said that she was upset that her and her teammates were not able to back up Krouse who she believes always does her job.

“I saw the ball coming in slower than usual and I was able to see it,” McCray said. “I did pull it to the right side. It was not where I necessarily wanted it, but I saw it coming.”

Sadowski only labored once in the sixth when she was in a full-count with two outs in the sixth. She shook off the fatigue by striking out the final batter of the inning and sent Merion Mercy down in order in the seventh to finish the game.