Brock boosts Perkiomen Valley to District 1-3A win over Neshaminy, 16-6 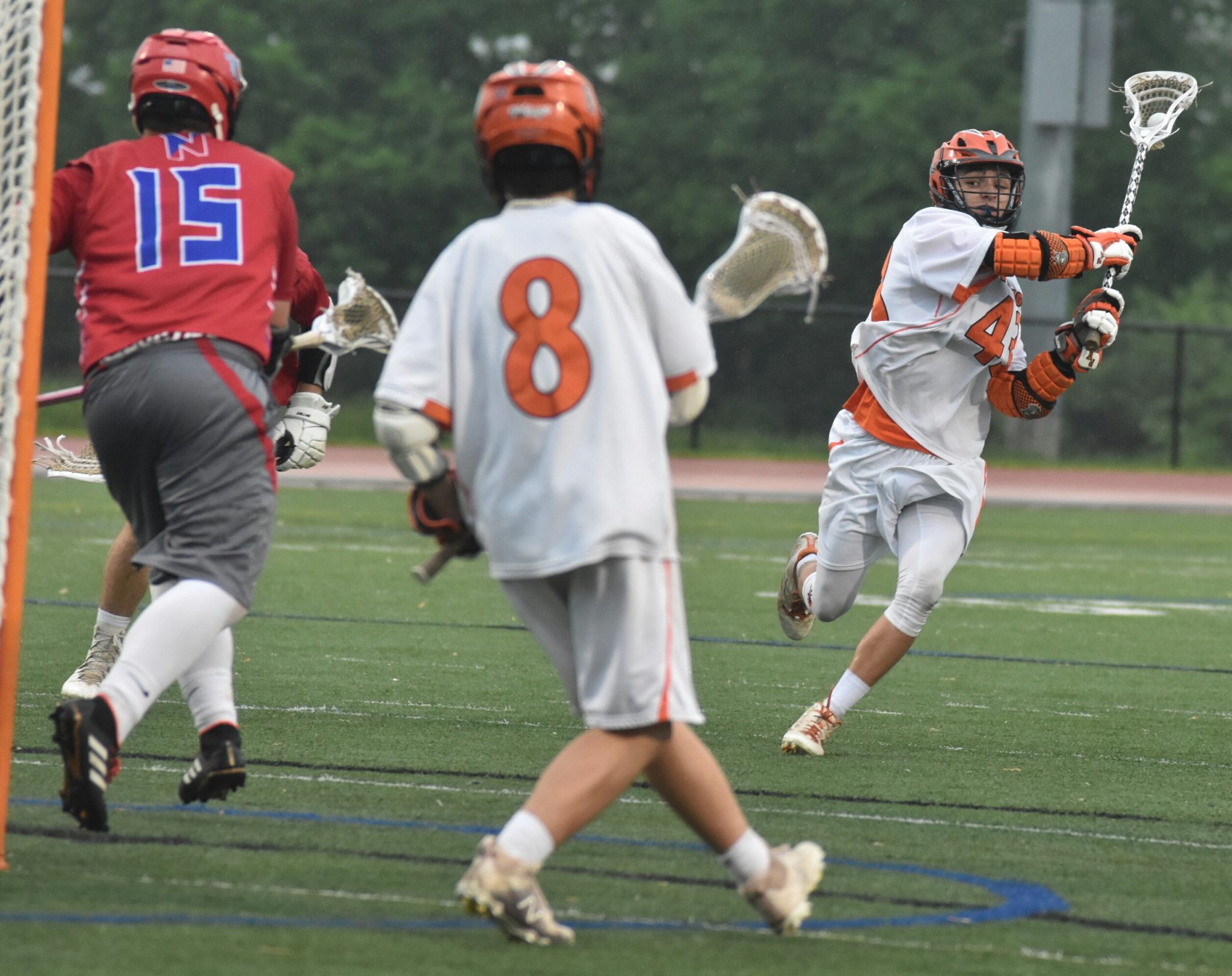 COLLEGEVILLE >> The Perkiomen Valley lacrosse team has been playing ‘must-win’ games for about a month now.

After a heartbreaking, 7-6, loss at Spring-Ford on April 23, the Vikings had to reel off five straight wins to qualify for the PAC playoffs and eventually advance to the championship game.

So with the season on the line Wednesday afternoon at Ursinus College in the District 1 Class 3A opener, it was no surprise to watch Perkiomen Valley rise to the occasion once more.

Matt Brock won 22 of 25 faceoffs and scored three goals himself, setting up sustained offensive zone pressure for the Vikings, who responded with a offensive outburst in topping Neshaminy, 16-6.

“It ranks right up there, for sure,” Brock said when asked where the game rated among his career highlights. “Probably my best game in high school.”

“We wanted to come out strong after a tough loss (to Spring-Ford in the PAC championship) and that’s what we were able to do,” said Brock.

Of course, this time of year there’s no rest for the weary. The tenth-seeded Vikings will hit the road again Thursday afternoon for a second-round matchup with No. 7 North Penn. Once again, the season will be on the line.

The Vikings started fast with tallies from Roop and Steele before Neshaminy responded to knot the game up by the midpoint of the opening quarter. From that point, it turned into the Matt Brock Show, as the PV sophomore midfielder went 12-for-13 at the X in the opening half, finishing a pair of possessions himself and setting up senior Max Nice on the other.

“I like the fact that Matt is a midfielder,” he said. “Last year, he was a faceoff specialist; now he’s a midfielder. He’s worked hard to become a complete player, and he deserves everything he’s earned.”

Perk Valley carried a 5-2 lead into the second quarter, where Brian Fehr ripped consecutive left-handed shots past the Neshaminy keeper 16 seconds apart to keep the PV run going strong.
Neshaminy’s Conor McVey seemingly broke the run at 6:58, but the goal was nullified after McVey’s stick was declared illegal. On the ensuing extra-man opportunity, it took Steele only 29 seconds to cash in with his second of the day, expanding the lead to 8-2.

Neshaminy’s Dawson Obringer had the only goal of the third quarter until Fehr was the beneficiary of a defensive miscommunication that re-opened PV’s lead to five goals. Neshaminy was able to narrow the gap to four yet again, but the continued dominance of Brock at the X made sustained rallies difficult to come by for the Redskins.

PV’s offense gained momentum throughout the game, scoring seven goals in the final quarter to send the Vikings into Thursday’s second round.

If the Vikings can control possession and light up the scoreboard like they did Wednesday — in less-than-ideal conditions, and without a couple of key players — the sky is the limit. Churchey stressed the need for other players to step up in the absences of their teammates, as Brock did Wednesday

“I’ve talked with college coaches — they don’t want a (faceoff specialist). They want a guy who can play with the ball in his stick, play defense… Matt has become that guy. We asked a lot of him today, and I thought he was outstanding.”