Plymouth Whitemarsh gets 7 pins in rolling past Upper Dublin 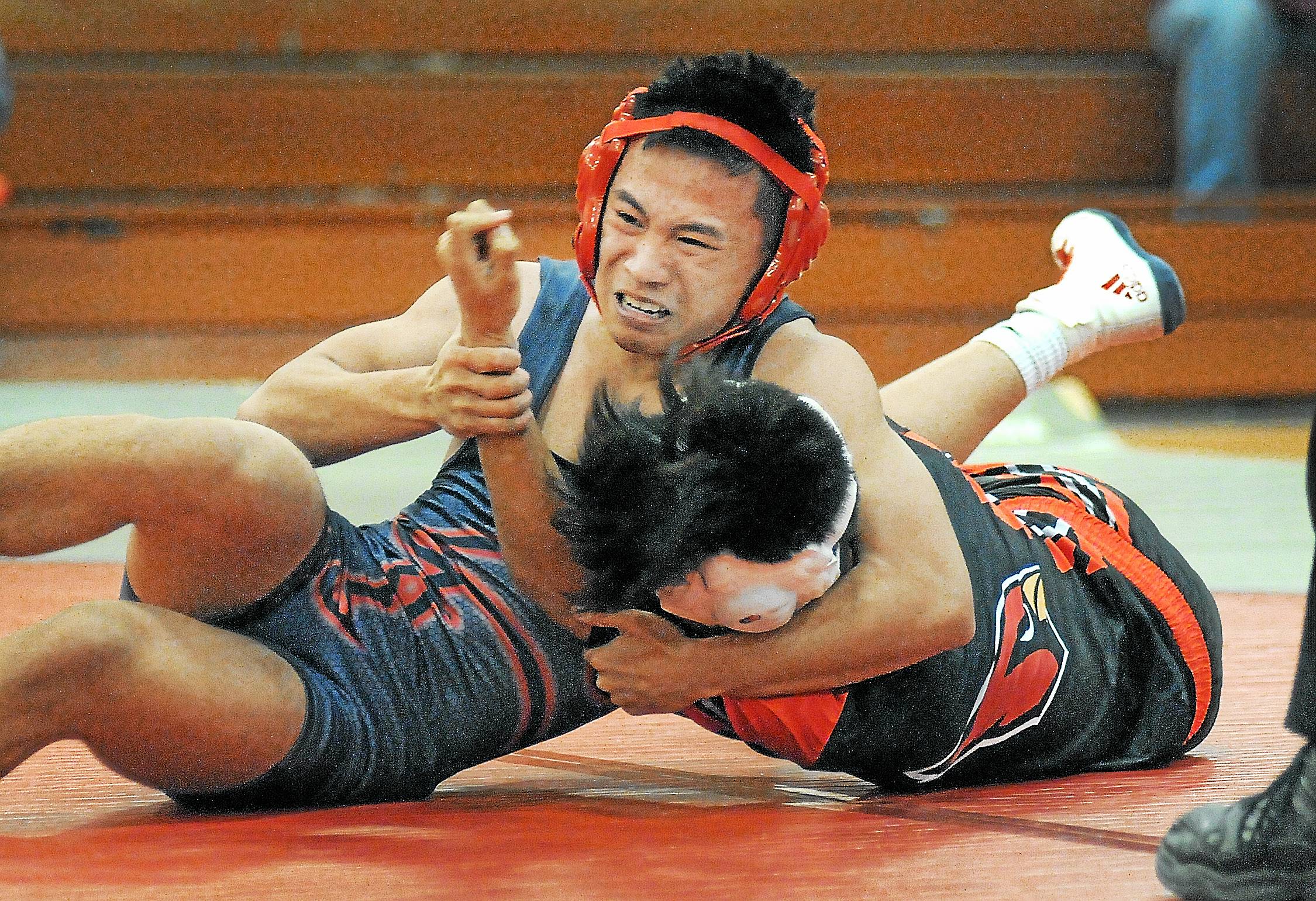 For Upper Dublin, the ball is dangerously close to rolling into the gutter.

The host Colonials drubbed the Cardinals, 60-2, Wednesday night in a match that featured seven falls by PW and none for the visitors.

“This was a good ol’-fashioned butt kickin’,” said Cardinals head coach David Jones after the carnage cleared. “We’re not executing on the mat, and we’re going to have to start executing.”

PW jumped on top from the get-go, with Jake Bainbridge (113), Zhang, DiBattista and AJ Mahabee (132) winning to give the home team a quick lead it would never lose.

When Zach Fisher won by fall the score was 39-(-1) — the Cardinals were penalized a team point in the opening match of the night — and the visitors were in a hole from which there was no escape.

It didn’t get much better for the visitors until Mason Novack won at 170 pounds, but that would account for the only points the Cardinals would muster.